Improving Distance Learning: An Equity Issue for Many CA Kids 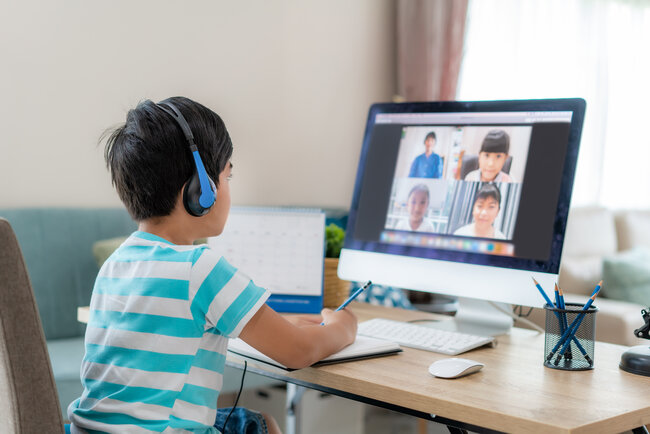 Distance learning has been a challenge for many lower-income families, so millions of dollars have been spent to distribute laptops and hotspot devices. Photo Credit: Ake1150 / Adobe Stock
by ElObservador 03/19/2021

SACRAMENTO, Calif. — This week, millions of California kids will step into classrooms for the first time since the pandemic started a year ago.

Even so, advocates for public education say the state can’t let the quality of distance learning deteriorate.

A large number of families are choosing to delay their children’s return to in-person classes.

“They may have real fear that if they were to get COVID-19, and be unable to continue to care for the child, that there isn’t a backup plan for that child,” Lent explained. “So, they’re big decisions, they’re difficult decisions.”

Many see support for distance learning as an equity issue.

Pew Research Center data show the highest share of multigenerational households are Asian and Latino families, at 29% and 27%, respectively.

The publication Business Insider looked at census data and found California has more than three-quarters of a million multigenerational households. That’s the second-highest share in the country, at 5.77%.

“Well, it’s going to assist in making sure the connectivity, the equipment, is going to be there,” Boyd remarked. “So it’s going to take a while to build up. But with the resources now, they’re going to have that opportunity to make sure it is occurring.”

A survey done last fall in the Los Angeles Times showed a huge gap between rich and poor areas, in terms of students’ ability to thrive during distance learning. So, school districts have made a huge push to issue free laptops and Wi-Fi devices to needy families.