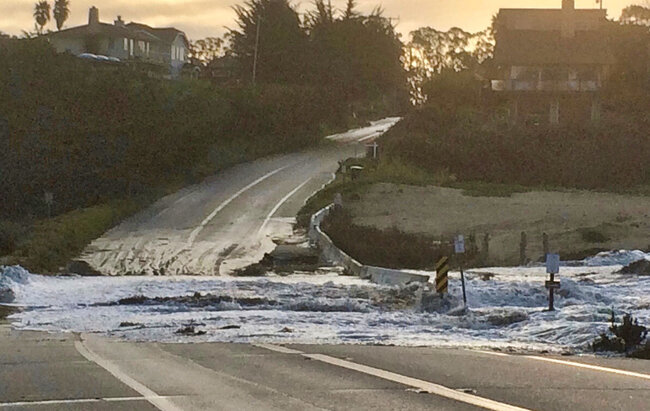 PACIFICA, Calif. — Despite party-line disagreements, Congress is expected to take up a new stimulus bill to rescue the COVID-battered economy, and groups fighting climate change say environmental policy should be part of it.

They’re urging lawmakers to support job creation by funding projects to cut pollution, protect the ocean, and move the nation away from fossil fuels.

Jean Flemma, director of the Ocean Defense Initiative, said the pandemic response can serve as an opening for progress.

“This is an opportunity to begin the transition to a clean energy economy that will provide jobs, protect communities and tackle the climate crisis, while correcting inequities linked to environmental injustices and health disparities,” Flemma said.

The goal is get to net-zero emissions by 2050 in order to keep global warming under 1.5 degrees Fahrenheit.

A recent report by the Democratic Caucus of the U.S. Senate suggests scaling up offshore wind, prohibiting new oil and gas development, working to decarbonize the shipping industry, and restoring coastal habitats like salt marshes that store carbon and protect towns from storm surge.

Jennifer Savage, California policy manager for the Surfrider Foundation, said sea-level rise is a huge threat to California’s future. One model from the U.S. Geological Survey shows most of the Southland’s sandy beaches could be underwater within 80 years.

“We are predicted to lose 70% of Southern California’s beaches by 2100,” Savage said. “And we have to start making some decisions about which ones we want to save.”

A report produced for the Governor’s Climate Adaptation Strategy projects sea level could rise by as much as 55 inches by the end of the century, causing massive flooding and tens of billions of dollars in damage.

As CA Burns: Tips for Dealing With Smoky Air