A Look Into Trump’s Transgender Ban 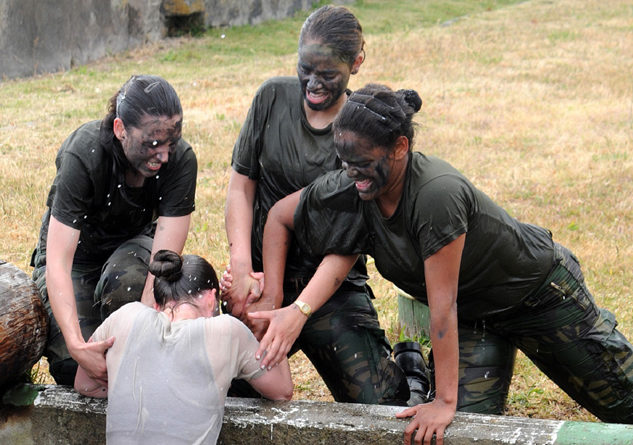 President Trump announced on Wednesday July 26th via twitter that he would be banning all transgender citizens from joining the military of the United States in all capacities, unleashing controversy across the country from those affected directed and from the people that supports the transgender community.

“After consultation with my Generals and military experts, please be advised that the United States Government will not accept or allow transgender individuals to  serve in any capacity in the U.S. Military. Our military must be focused on decisive and overwhelming victory and cannot be burdened with the tremendous medical costs and disruption that transgender in the military would entail. Thank you”  President Trump tweeted.

“It makes me sad but mainly I’m irritated. I’m sad because transgender people so often feel excluded from systems in society like schools, bathrooms, and sports,” said Todd Miller, a member of the transgender community. “To many people, serving in the military is an incredibly honorable thing to do, and to not allow a transgender citizen who believes that to serve their country is just plain wrong,”

Following his announcement, White House Press Secretary, Sarah Huckabee Sanders, gave a press conference where she said, “this was a decision on what’s best for the military.” However, she did not clarify if this ban will affect transgender people already serving in the U.S. armed forces.

“I do feel attacked. I’m lucky enough to live in Bay Area where the inclusion of LGBTQ people is widely accepted. Trump’s office clearly doesn’t care about the issues faced by LGBTQ Americans,” Miller said. “This was made clear when they removed the LGBTQ rights page from the official White House website.”

During his campaign, the president said “thank you to the LBGT community, I will fight for you,” in a tweet of June last year and was photographed with an LGBT flag during an event.

Shortly after his announcement, hundreds of people in San Francisco rallied to protest Wednesday evening against the ban.

“I personally didn’t plan to enlist in the military, and it seems unlikely I will now. I had considered becoming involved with the military after college to pursue medicine and health care around the globe because they are famous for comprehensive programs like that, but given the current attitude towards transgender people- that may be too challenging,” Miller added.

It is interesting to note that In 2014 it was estimated that annual transition-related healthcare costs were less than 10 percent of what the military spent on prescriptions for Viagra, an erectile dysfunction treatment.

Meanwhile, Miller has a message for all those afraid during this time.“You don’t have anything to be afraid of in regards to the military. If you were planning on serving, the numerous human rights groups in America will probably be able to uphold your right to enlist.”