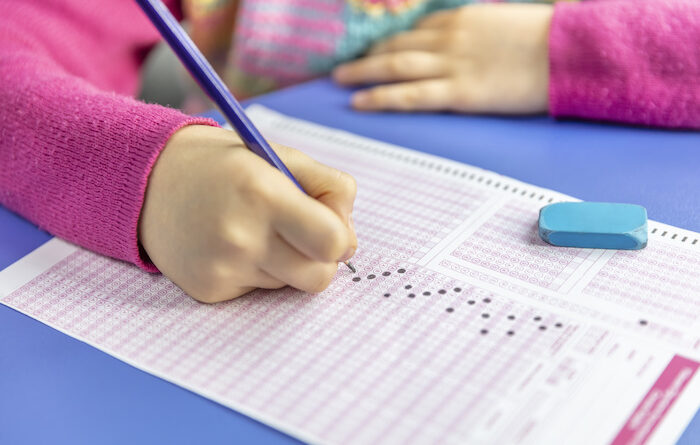 Most American students will take, on average, 112 standardized tests from kindergarten to 12th grade. Photo Credit:Adobe Stock
by ElObservador 04/09/2021

LITTLE ROCK, Ark. – Critics of standardized testing say the federal government should reduce or pause these tests, since the pandemic has upended so many students’ learning efforts in the last year.

Some education groups and teacher’s unions argue standardized tests disproportionately affect Black and Brown students and those in at-risk communities, whose lives have been most disrupted by COVID-19. Yet earlier this year, the Biden administration announced that states will have to administer federally required standardized tests.

Becky Pringle, president of the National Education Association, said testing shouldn’t come at the expense of learning, especially after so much classroom time has been lost.

Arkansas Department of Education officials have said the state will continue standardized testing this spring, and won’t ask the federal government for a waiver. The department has maintained that the test results will help gauge how students have been affected by the pandemic, and help districts determine where support and resources should be directed.

Pringle said she thinks that this academic year, state education departments should instead focus on promoting assessments that reflect the broad range of students’ learning and skills – such as creativity, leadership, critical thinking and collaboration.

“But also, when we’re talking about specific testing, we know there are better ways that we can measure the wide range of abilities of our students,” she said.

Georgia, South Carolina and Virginia are among a handful of states that have chosen to either scale back or eliminate state standardized testing this academic year.