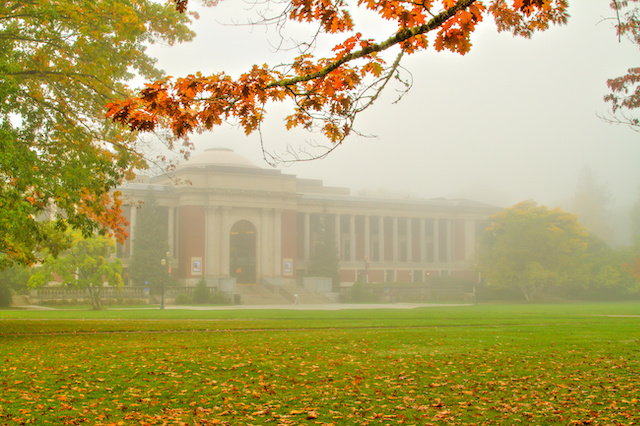 Americans' plans for higher education are changing because of the pandemic. Photo Credit: Bob / Adobe Stock
by ElObservador 01/22/2021

PORTLAND, Ore. – The pandemic is causing a massive shift in Americans’ higher-education plans.

A new analysis from the Georgetown University Center on Education and the Workforce found that 75% of households have changed their postsecondary plans for the fall – and Oregonians are changing their plans at the third-highest rate in the country, at 81%.

Megan Fasules, researcher for this data, said people tend to go to college during recessions to increase their skills or put off entering a poor job market — but maybe not this time.

“Other recessions, you have primarily had to deal with financial concerns, which are still a major concern here,” she said. “But on top of that, people are having to face health concerns as well.”

Some people who would otherwise enroll are canceling their plans, while others are scaling back their number of courses or switching institutions. Fasules said many are questioning whether attending college remotely is worth it, and COVID-19 can make it difficult to pursue a certificate because these programs often involve hands-on job training.

Fasules noted that people who interrupt their schooling or put it off are less likely to get a degree or certificate, which affects their lifetime earnings. The pandemic already is hitting low-income Americans hardest. The Georgetown analysis found that 42% of households with annual incomes under $25,000 are canceling their postsecondary plans, but in households with incomes of more than $200,000, only 19% are canceling.

Fasules said she thinks the country needs to ensure everyone has access to higher education – during the pandemic and beyond.

“It’s becoming more and more apparent,” she said, “that we need to provide students support, more so than ever, even if it’s support for remote learning – that they still have the ability to go to college or pursue a postsecondary education, safely and financially.”