OUR NATION’S DEMOCRACY IS WORTH DEFENDING FROM ALL ADVERSARIES, BOTH FOREIGN AND DOMESTIC 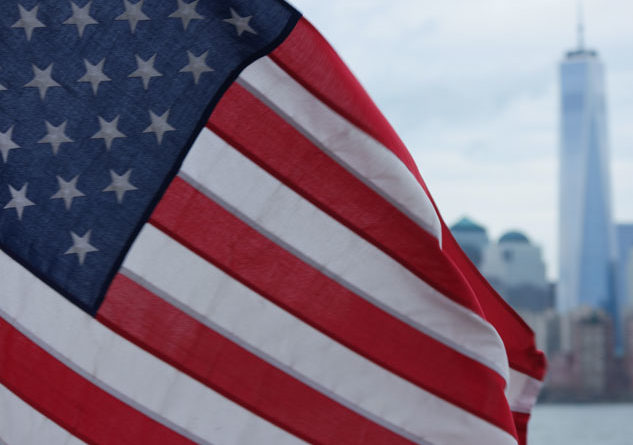 On September 11, 2001 four commercial planes were hijacked by Al-Qaeda extremist agents. One plane was deliberately crashed into one of the Twin Towers of New York City’s World Trade Center; a second plane was crashed into the other tower; the third plane was crashed into the Pentagon Building; and the fourth hijacked plane, with crew and passengers (40 individuals) aboard crashed into a Pennsylvanian field. This Flight 93 group decided to fight back; they overwhelmed the Al-Qaeda hijackers aboard; this fourth hijacked plane never made it to its designated target (White House? or U.S. Congressional Building?).

Recently a memorial was dedicated in honor of these 40 patriots who decided to resist the hijackers resulting in thwarting their plans to crash into a target in the Washington, D.C. area. These 40 patriots gave up their lives when Flight 93 crashed into that field in Pennsylvania.

A creative 93 ft. tall “Voice Tower” monument will have 40 wind chimes, each chime representing the spiritual voice of each individual who resisted.

“It was on September 11, 2001 when the Al-Qaeda Terrorist organization attacked America using new forms of destructiveness and giving notice that a new type of warfare was being used to attack American democracy.” (Source: MSNBC, Sunday Morning News, 09.09.2018).

“Al-Qaeda‘s translation is “The Base”, “The Foundation” or “The Fundament” and alternatively spelled al-Qaida, al-Qæda and sometimes al-Qa’ida. It is a militant Sunni Islamist multi-national organization founded in 1988[31] by Osama bin Laden, Abdullah Azzam, and several other Arab volunteers during the Soviet invasion of Afghanistan.”

“Al-Qaeda operates as a network of Islamic extremists and Salafist jihadists. The organization has been designated as a terrorist group by the United Nation’s Security Council, the North Atlantic Treaty Organization (NATO), the European Union, the United States, the United Kingdom, Russia, India, and various other countries.”

“Al-Qaeda has mounted attacks on civilian and military targets in various countries, including the 1998 US embassy bombings (Kenya), the 9-11 attacks, and the 2002 Bali bombings. The United States government responded to the 9- 11 attacks by launching the “War on Terror”, which sought to undermine Al- Qaeda and its allies.” (Source: Wikipedia)

America and its allies initiated the “War on Terrorism” right after this 9/11 incident. Today, 17 years later, America is still providing air support and strategy training. America is tired of this terrorist war and the burdensome ‘wartime economic resources’ being expended to maintain our nation’s security.

If any changes are to be made in this nation’s leadership, they will emerge from CA, which has opposed Trump Administration’s leadership about this “War on Terrorism”. These changes should include several public policy issues: Immigration, global climate changes, rebuild/repair/improve this nation’s infrastructure, support public education, protect the environment, imposition of trade tariffs, and acting as a team member on foreign affairs and trade agreements rather than ‘go it alone’. Trump’s dealings with North Korea and Iran regarding nuclear armaments has trashed agreements still supported by America’s Allies. His admiration of Russia’s Vladimir Putin and other autocratic leaders is in total opposition to the stance of America and its allies prior to his installation as president of the USA.

Trump’s Administration has been destructive of world-wide trust and integrity essential to promoting peace and prosperity in a global free trade economy. If the constitutional ‘checks and balances’ are to be restored, then both the Republican Party dominated Senate and House need to be flipped from red to blue. It begins here in CA where seven Republican members of Congress must not be re-elected. This is where the fight begins, right here in California’s 5th largest global economy sustained by its very diverse population.

Racism, white supremacy, misogyny (abuse of women) and xenophobia (fear of outsiders) must not be practiced in CA. In addition, wealth distribution must be redirected to enable ordinary folks to own their homes, to have a living wage, have access to education, universal health care programs, and to re-establish values, trust, and integrity – all needed to live in a civilized community wherein no fear nor anxiety exist.

And if we want a judicial system which deals fairly with all of us, then the U.S. Supreme Court vacancies must be filled with appointees who are not beholden to any special interest.

If you needed more evidence that California has become the epicenter of Democratic 2018 midterm ambitions, the sight of former President Barack Obama rallying for Democratic House candidates in Anaheim (on 09.08.2018) should have removed all doubt.

Barack Obama’s plunge into this 2018 midterm elections will its central purpose only if all of us vote for Democrats in these critical House races – especially its Latino millennial vote. Many of these millennials are new to politics, but millennials did support (and vote) in 2012 Elections for the former president.

Today they must support those Democratic candidates who received Obama’s endorsement and who, once elected must vote with integrity and credibility on all necessary progressive legislation which serves the needs of “We, The People”. Divine Providence did not intend for the resources of this nation (and its world) to end up being the property owned by a privileged few oligarchists, the top 0.1%! To stop that trend, ALL OF US MUST VOTE ON TUESDAY, NOVEMBER 6TH.

“If we don’t step up, things can get worse,” Obama told cheering activists who gathered in a crowded ballroom at a rally for seven Democrats running in Republican-held House districts. “In two months, we have a chance to restore some sanity in our politics.”

GOD knows humanity is capable of sanity. We will be identified not by who we are, but by what we do. Let us all vote this coming 2018 Midterm Election: Tuesday, November 6, 2018. Submit your ‘Vote by Mail’ ballot early as its postage is paid by the County of Santa Clara.

Our nation needs all of us to do the work needed to establish a new social and economic equilibrium wherein we use those resources provided by Divine Providence to care for “We, The People” rather than those special interest who profit from violence and war.

If “We, The People” want to live in peace, in human dignity, then we must do the necessary work needed, beginning with having all our votes counted. Democracy requires our participation. Those of you who did not vote in November 2016 helped elect Trump as President; Now vote to recapture governance with reasonable ‘checks and balances’ and with the use of our national resources to do the greater good. Special interests depend upon you not getting off your couch to vote. Do that much in your own best interest, safety, security. As a constituent who votes YOU BELONG HERE. After all it was ‘us, who were grunts’, who defended America; who worked in the factories and fields, and who Made America Great. America is good to all when we all participate by voting.

Special interests know that which is why they do things to keep our vote’s voice silent. Each of us is very important in foiling their schemes to control this nation in an authoritarian way – which is totally un-American. Do your patriotic duty by voting to redirect this nation’s public policies. Stopping their plans is a victory for American ideals.

Redirect this American nation by electing a Democratic majority in both the Senate and House. Do that so all progressive programs may be re-established. Fight by voting for a better future for your kids and yourself. Our AMERICAN DEMOCRACY NEEDS YOUR VOTE TO BE COUNTED on Tuesday, November 6, 2018.