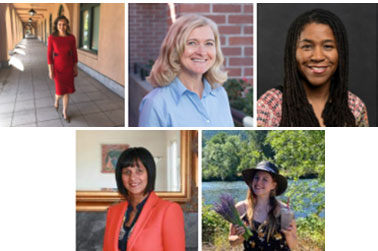 Teen suicide and depression rates amid the pandemic are as alarming as deaths from Covid-19, but few mental health resources are available to address this shadow pandemic, especially within communities of color.

Children as young as 8 have attempted suicide.

The Surgeon General noted that disabled, low-income, and homeless youth, along with minorities and LGBTQ youth had suffered from greater rates of depression.

Dr. Lori Turk-Bicakci, Senior Program Director for KidsData — an initiative of the Population Resource Bureau — noted at a Dec. 11 news briefing organized by Ethnic Media Services that emergency room visits for attempted suicide by girls increased by 51 percent, and 40 percent for boys, beginning in May of 2020.

“This really feels like a crisis,” stated Turk-Bicakci. She noted that even before the pandemic, not all youth were able to get the services they needed for their mental health conditions. “And now the need is even greater. Mental health providers have been inundated with referrals.”

Typically, there is a three-month wait to get a spot into treatment programs.

“In addition to grappling with the grief and loss of loved ones, Black youth, rightfully, are also experiencing and increased fear and anxiety about their own health and well-being,” said Wood. She noted that loss of household income, increased food insecurity, school closures, and the racial unrest during the summer of 2020 all contributed to heightened anxiety, depression, and suicide among Black youth. Moreover, traditional safety nets of church, school, and peers largely disappeared amid the pandemic.

A spike of racially motivated attacks targeted at Asian Americans, along with being blamed by former President Donald Trump for the spread of Covid-19, has created hyper-anxiety and depression among Asian American teens, said Thakore-Dunlap, noting that many youths witnessed their parents and grandparents being verbally or physically abused, and also worried for their own safety.

Immigrant youth, who are struggling with conflicts as they navigating to a different culture, are also at high risk for attempting suicide, she said.

In 2020, 73 percent of LGBTQ youth stated that their mental health was poor, said LeGate, drawing upon data released by The Trevor Project. “Most of us have struggled with depression or anxiety, or a general feeling of helplessness, dealing with something that we know nothing about,” she said.

Almost half of youth surveyed by The Trevor Project said they had sought out professional help but were unable to obtain it.

Health insurance can be a barrier to accessing mental health, said LeGate, noting that most children under 18 are covered by their parent’s insurance. “Not everyone feels comfortable or safe telling their family that they need therapy or mental health services,” she said.

Doty Cabrera said that amid the pandemic, children were often in homes where there is neglect or domestic violence. “We did not have mandated reporters able to connect those children and youth with help during the pandemic. We didn’t know that they were in trouble unless they somehow figured out a way to reach us.”

“The flip side is when children and youth go to school, they experience social pressure or other kinds of bullying and adults who may treat them unfairly, discrimination, and bullying, which may also result in crisis,” said Doty Cabrera.

“People with behavioral health conditions, it’s as normal a thing as experiencing a broken arm or having any other health condition. And so I would just encourage us all to really support young people, listening to them about what they need,” said Doty Cabrera.