Cases of abuse skyrocketed during the pandemic. According to experts, prevention and reconciliation programs should engage abusers as well as survivors. 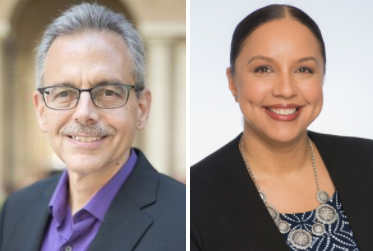 As a child, Tina Rodríguez was a victim of domestic violence and sexual abuse and repeatedly called 911 to report mistreatment by her father against her mother and siblings. His attacks not only caused her serious eating disorders but also a deep trauma only healed after years of family therapy. This healing path however, led to an unexpected outcome: over time, Rodríguez reconciled with the man who destroyed her childhood.

As part of her work with survivors of sexual assault, Rodríguez has invited her father to share his experience with other abusers on what punishment means in the criminal justice system. But what he considers more hurtful than prison is dealing with the harm done to his own family.

“There is a gap in cultural accountability for both those that have been impacted with anger issues or violent impulses and the inability to control them, and those that have been victims of domestic violence,” Rodríguez said during a conference organized by Ethnic Media Services.

“We rely on education for prevention and intervention from (criminal) systems that have helped create pain, and then want to keep us trapped in that pain … We need to hold ourselves culturally accountable for educating our youth about domestic violence and prevention,” added the advocate, who today serves as the California manager for Crime Survivors for Safety and Justice.

According to a 2020 report from the New England Journal of Medicine, during the pandemic one in four women and one in 10 men have faced abuse from their intimate partner or spouse. Anecdotal reports point to a dramatic increase in domestic violence amid COVID-19.

“It has been hard for victims to access resources or help when quarantining with their abusive partner,” said Monica Khant, Executive Director of the Atlanta-based Asian Pacific Institute on

Gender-based Violence. “It is difficult to take time to run to the bathroom to make a secret call … even accessing information on computers has been hard when a lot of immigrant families do not have the same technological access that we’ve needed to survive the pandemic,” she added.

The way the criminal justice system works in cases of domestic violence, especially for ethnic and immigrant communities, begins with a call to 911. Then a complaint is filed with the police and a court intervenes, issuing a restraining order or an anger management treatment, measures that may remove the abuser from the family, but do not resolve the causes of the violence.

The solution often offered is to break up the family and not a path to reconciliation, even though abusers and victims will have to share custody of the children. Not to mention the fear of a black mother that the police will intervene and kill her partner or that of an immigrant mother that someone in the family will end up being deported because of a call to law enforcement.

“Divorce or leaving the abusive situation is not the first choice,” said Kant, who has represented hundreds of domestic violence clients. “It is important to reconcile using social services, rather than criminally endorsed systems in place.”

However, these resources are less accessible to immigrants due to language barriers or cultural nuances that sometimes force victims to stay in situations of violence to avoid “shaming the family”. The loss of jobs during the pandemic has also increased the financial dependence of the abusive partner, in situations where immigrant survivors are ineligible for unemployment benefits.

Rodriguez’s father paid a prison sentence for the abuse inflicted on her family, after which he agreed to participate in a restorative justice process that she described as “brutal”, full of “candid and vulnerable” discussions.

“I learned that, like me, he also struggled with suicidal ideation,” said Rodriguez, for whom these encounters not only helped her to heal but also inspired her to lead a domestic violence prevention program at Valley State Prison.

“Society has gender assignments, and assumes men are expected to be the provider of the household,” Rodriguez observed. “Nobody talks about the type of pressure for a black man who, whether he is college educated and highly skilled, is screened out of about five interviews because of his skin color… the anger comes from that trauma of being oppressed and screened out of opportunities to be a provider”, she added.

Among Latinos, the multigenerational expectation of being the provider of a family that migrates in search of a better future, can also generate the fear of failure and end in violent impulses.

“We see domestic violence as a result of personal experience, but it’s really a societal and cultural problem,” said Reverend Aleese Moore-Orbih, Executive Director of the California Partnership to End Domestic Violence.

“It speaks to the health of our society, to the brokenness of our society. The trauma one experiences in domestic violence, sexual assault, trafficking, child abuse, any of those has a lifetime impact.”

In her work of more than 20 years with these victims, Moore-Orbih has observed how post-traumatic stress disorder (PTSD) is transferred from generation to generation, which hasn’t allowed them to “live into the fullness of their capacities as human beings.”

“Women, girls, and those who identify with the feminine energy are always the most vulnerable,” said Moore-Orbih. “But if we talk about healthy masculinity, how about a healthy femininity as well? We all need to be healthy individuals… How do we shift the paradigm? When we stop worshiping control and power as a glorified way to be, when we stop encouraging our children to seek to have power and control, then we can start to see the change that happens in our intimate relationships.”

For Jerry Tello, Founder and Director of Training and Capacity Building at Compadres Network, it is impossible to talk about domestic violence without talking about oppression, racism, white supremacy, and generational trauma. “Where are the programs that understand this? There are none!”

Raised alongside seven siblings in a neighborhood of black and brown families in Compton, California, Tello lost his father -an immigrant from Chihuahua- when he was very young. Because of a strong macho culture, he did not mourn his death.

“I kept the grief inside me. I learned that in order to survive I couldn’t feel. Feeling was going to make me vulnerable,” he said. Tello also did not know how to express his pain when seeing many parents of his friends get locked up and sent away, or even get shot. “I couldn’t cry.”

32 years ago, together with another psychologist colleague, he created the Compadres Network to develop healing circles, and curriculum for rites of passage for young orphans, for teen fathers and for bringing families together.

“We made the decision that the first step of healing is healing ourselves, we have to reclaim the sacredness of ourselves as men. We have the medicine within us and our neighborhoods,” he said. “Lifting us up is an important aspect of this transformation,” he concluded.