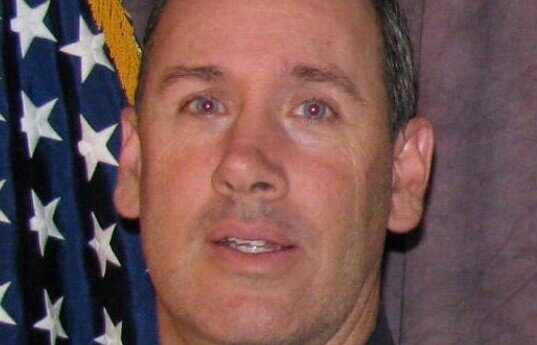 BOULDER, Colo. — An intensive investigation is underway into a mass shooting that killed ten people, including a police officer, at a Boulder, Colorado grocery store Monday afternoon.

Police say it will take at least five days to process the scene at the King Soopers supermarket.

Little is known publicly about the suspect, who was wounded and is in custody.

Maris Herold, chief of police in Boulder, said in an emotional news conference 51-year-old Eric Talley, an 11-year veteran officer, was first on the scene.

“At 14:30 hours the Boulder police department began receiving phone calls of shots fired in the area and a phone call about a possible person with a patrol rifle,” Herold recounted. “Officer Talley was the first on the scene, and he was fatally shot.”

Dozens of terrified shoppers and employees escaped. No one aside from the suspect was taken to the hospital. As of late Monday, the victims’ identities had not yet been released.

Michael Dougherty, district attorney for Boulder County, spoke about the violence and the need for action to prevent future mass shootings.

“These were people going about their day, doing their food shopping and their lives were cut abruptly and tragically short,” Dougherty remarked. “I hope the people of this country send the families of the loved ones their thoughts and prayers. But from my perspective there’s more for us to do than just give them our thoughts and prayers.”

Earlier this month, a state district judge ruled Boulder could not enforce an assault-style weapons ban, something citizens voted for in 2018, after the Parkland, Florida shooting.

It is unclear if the rifle used by the shooter would have fallen under the proposed ban.