In the midst of an epidemic of brutal attacks hate crimes against Asian Americans, ethnic communities are coming together to attack the virus of racism. 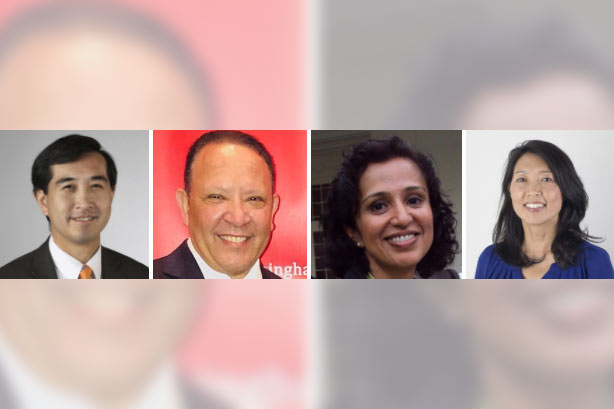 A family celebrating a birthday at a restaurant is yelled at with racist remarks by a tech executive: “F–k you Asians. Trump is going to F–k you … f–king Asian piece of s–t.”

An Asian American resident physician is berated by a black patient for allegedly being a carrier of coronavirus. A middle school child is punched in the head twenty times in his schoolyard by a bully who accuses him of having COVID-19 and tells him to go back to China.

A rash of brutal crimes targeting Asian Americans highlights deepening racism related to the arrival of COVID-19 in the country. In recent weeks, videos on social media in which vulnerable elderly people are pushed on the sidewalks or physically attacked, have aroused not only the concern of those who have been tracking this racial violence but also the solidarity of other ethnic minorities.

“We have received over 2,800 incident reports in the course of 41 weeks,” said Manjusha Kulkarni, executive director of the Asia Pacific Policy & Planning Council (A3PCON), one of the organizations that launched the Stop AAPI Hate reporting center in March 2020, along with San Francisco State University and Chinese for Affirmative Action (CAA). Kulkarni and other activists spoke during a media briefing hosted by Ethnic Media Services on Feb 19.

“We collect data from 47 states and the District of Columbia, and we know that many of the incidents take place in areas where there are significant populations of Asian Americans such as California and New York… but we’ve gotten reports from rural areas as well as urban, from far-flung states like Alaska and Hawaii, as well as much as in the heartland of America.”

Data from Stop AAPI Hate shows that women are victims of these incidents at a rate two and a half times higher than men, while 7% of reported cases involve older adults. Most reports include verbal harassment or name calling, followed by shunning and avoidance, while physical assaults make up just under 10% of the cases.

Around 10% of the incidents involve civil rights violations such as workplace discrimination, and refusal of service like being barred from establishment or transportation. Close to 40% of the events have occurred in private businesses such as grocery stores or pharmacies, while 30% happened in public places, such as streets, sidewalks and parks. 40% of the victims identify as Chinese Americans, followed by Koreans, Filipinos, Vietnamese and Japanese.

“Most of these cases might not necessarily be prosecuted because they involve (just) pushing, shoving, throwing bottles or cans. So while of course we believe they are very serious, where there is not a significant injury a district attorney may not pursue these cases,” Kulkarni said.

And this is precisely one of the main challenges when seeking justice and accountability. In some local jurisdictions, law enforcement agencies are reluctant to use the provisions of the hate crime statutes and ordinances, which enhance penalties for the perpetrator if the attack is based on the victim’s belonging to a certain gender, social group or race.

The Federal Bureau of Investigation (FBI) relies on these reports to build reliable statistics, so experts insist these are underreported crimes.

“I think there’s always been a line between free speech and hate speech,” said Marc Morial, president and CEO of the National Urban League. “We need to never hesitate to call out and condemn hate speech and make it very clear that hate speech that leads to violence against innocent people is illegal. It is inappropriate and should be punished by the law and by our judicial system,” he added.

According to John C. Yang, president and CEO of Asian Americans Advancing Justice (AAJC), it is also important to recognize that even acts considered legal -those protected by freedom of speech- are inappropriate and can be harmful for victims.

“We have to think about what is the proper response to protect and help the victim,” Yang said.

He celebrated as a first step the executive memorandum that the Joe Biden administration issued on January 26, “condemning and combating racism, xenophobia and intolerance against Asian Americans and Pacific Islanders” in the country. It includes an explicit directive for the Justice Department to work directly with communities and grassroots organizations.

“The government needs to make investment in communities, whether it’s to promote victim response centers, to provide financial assistance, or to encourage cross-cultural conversations between communities,” Yang said.

In addition to the pervasive mental health challenges caused by the pandemic, the Asian American community has been experiencing alarming rates of depression and anxiety due to this xenophobia, and the attacks only intensify the climate of fear.

“The impact has been traumatizing,” said Cynthia Choi, co-executive director of CAA and co-creator of the Stop AAPI Hate center. “We need accountability, but we need to look at it in a way that does not contribute to more violence and more incarceration.”

CAA works on community mediation mechanisms at the local level and trains people on safe responses to hate acts. They want to bring this training to public schools and to address “bias and racial hierarchy and colors within our own community, including class differences,” in order to have “authentic dialogues across communities.”

The virus of racism

The panelists pointed to the Donald Trump administration as the main source of the attacks. At several of his rallies, Trump referred to COVID-19 with racist epithets such as “the Wuhan virus,” “the China plague,” and “the Kung flu”. This proved to be harmful for a community that historically had dealt with racist rhetoric such as the so-called “yellow peril” of the late 18th century that led to the Chinese Exclusion Act of 1882, or the incarceration of 120,000 Japanese-Americans in concentration camps during World War II.

“This virus of racism is a virus that is very contagious and affects all of our communities: African Americans, Latinx and Native Americans,” Yang said. “There is this tendency by certain groups who want to silo us, to pit us against each other, but here racism is the common enemy … In order to defeat this virus, we also need to disinfect it together.”

According to Jose Roberto Hernandez of the Koreatown Immigrant Workers Alliance in Los Angeles, what the country is currently experiencing is the “America First” virus, which has fueled “frantic targeting of minorities and people that do not look white.”

Around 60% of the current population of the United States is white, but by 2030 it is estimated that whites will make up a little less than 50% of the country’s demographics. The so-called minorities will become the majority.

His experience has taught him to “look into alliances” given the fact that communities “live integrated”, and experience the same “income inequality, (problems of) access to health care, fair housing and transportation.”

“We must learn to look at ourselves not just as a white nation with minorities, but as a multicultural and multi-ethnic nation, which (can live) with social justice,” Hernandez said.