DO YOU TRUST THE COVID VACCINE? 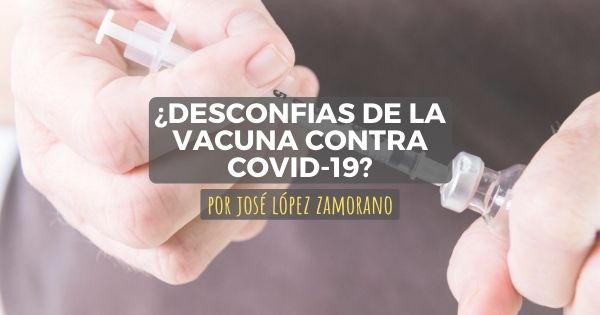 With more than 6 million COVID-19 infections and more than 183,000 deaths in the United States, which place the country as the most affected in the world, a vaccine is seen by large portions of society as a source of hope to contain the virus , reduce mortality and accelerate the return to a productive normality that allows a recovery of employment, income, prosperity and even emotional balance.

Unfortunately, the vaccine is being manipulated for political-electoral purposes. President Donald Trump has assured that he is optimistic that the vaccine will be ready – coincidentally – around the November 3 elections, despite the fact that none of the biomedical projects in the United States have completed the clinical testing phase.

Although promising biomedical efforts in other countries, such as projects in Mexico and Argentina, point in the direction of the possible availability of a vaccine against COVID-19 for next year, the reality is that they have not been approved either and their possible potential impact on a large scale is unknown.

But even assuming that the vaccine is available by the first semester of next year, worrying data has emerged that African-American and Latino minorities would be reluctant to take the vaccine, despite the fact that it has clear therapeutic benefits, either to avoid contagion, or to avoid extreme symptoms.

Among the Latino community, only 37% of Hispanics will get the vaccine once it is available, another 37% are unsure and 23% are convinced they will not, according to a survey by The Associated Press-NORC released in May. The numbers are even more daunting for the African-American community: only 25% would get the vaccine and 40% would not for any reason.

Even though the figures are better among non-Hispanic whites, since 56% would take the vaccine, compared to 16% who would not, it is clear that the issue of vaccination can become a bigger problem for public health unless large segments of the US population can be made aware that getting vaccinated is in their personal benefit and in the benefit of all.

Incredibly, the issue of vaccination against COVID-19 has certain ideological features, since it is more likely that people who identify as Democrats get the vaccine, with 62%, compared to those who identify as Republican, with 43%. In a singular way, only 31% of those who define themselves as independent will take the vaccine.

The figures are striking because there is an overwhelming proportion of the United States population, almost 80%, that considers the vaccine as an important factor for the reopening of productive activities and businesses.

Therefore, a massive public awareness campaign about the vital importance and safety of vaccination is urgent, as an essential element and one of the great hopes to stop contagions, deaths, suffering; and return to the normality that we all long for.