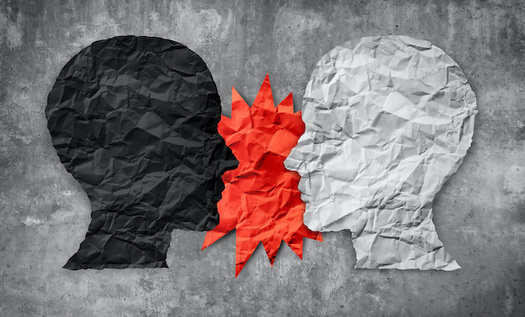 Many militia groups in the Northwest have historical roots in white-nationalist and racist movements. Photo Credit: Unsplash
by ElObservador 06/19/2020

BOISE, Idaho — Far-right militia groups in the Northwest are exploiting fears about COVID-19 and civil unrest to recruit members.

Amy Herzfeld-Copple is deputy director of programs and strategic initiatives with the Western States Center, a civil rights group that follows far-right organizations. She said conspiracy theorists and anti-government and white-nationalist figures see the coronavirus as an opportunity to mobilize their supporters.

“These are dangerous conditions, and it plays into far-right ideology and fears, which tend to center on perceived government overreach, infiltration by outsiders and a constant threat of societal collapse and the need to stockpile supplies,” Herzfeld-Copple said.

Last weekend, politicians and groups held a rally in Coeur d’Alene, with militia members standing guard. Speakers said the government had overstepped its bounds with the shutdown to slow the spread of the coronavirus.

Idaho militias such as The Real 3%ers (Three Percenters) have aided in potato drives during the pandemic and joined adopt-a-highway programs in the past few years.

Herzfeld-Copple said this is a tactic to gain mainstream support for groups that have historical roots in racist movements.

“They see COVID and the government’s response as an organizing opportunity,” she said. “They’re doing their best to leverage fear and uncertainty in many communities to broaden their political power and influence.”

During protests over police brutality and racism over the past few weeks, armed militia members have stood outside of businesses across the Northwest, saying they are offering protection. Herzfeld-Copple said like the pandemic, the groups have used the protests to recruit more members.

“We’re especially concerned by the presence of armed vigilantes in communities across the region and the chilling effect that has on democratic participation,” she said.

With their history of attracting white nationalists and xenophobic members, Herzfeld-Copple said these groups’ armed presence in towns threatens the goal of an inclusive democracy.