There’s a lot of talk about overfishing and pollution wreaking havoc in marine ecosystems, but is there less wildlife in the oceans these days? 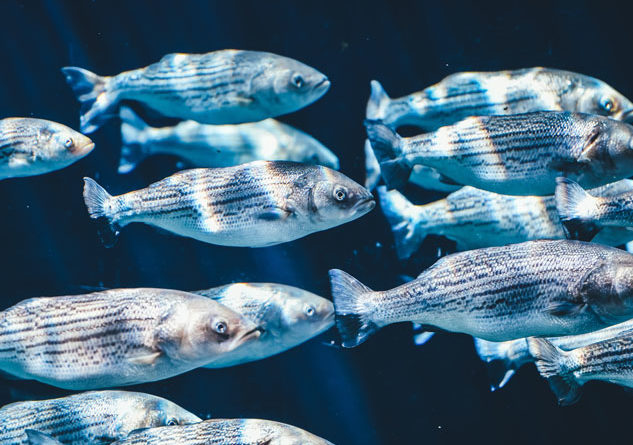 The oceans certainly aren't as crowded as they used to be now that we have depleted stocks of large marine predators through overfishing, pollution and climate change. Photo Credit: Tom Fisk, Pexels.
by ElObservador 03/15/2019

Environmental advocates do spend a lot of time harping about threats to our oceans, but sadly for all of us the facts bear out the concern. According to the World Wildlife Fund (WWF), population numbers for the majority of marine wildlife species have declined by half since 1970, with many species down as much as 75 percent. Furthermore, a third of all fish stocks are overfished and one in four species of cartilaginous fish (sharks, rays and skates) are living on the brink of extinction. “Driving all these trends are human actions: from overfishing and resource depletion, to coastal development and pollution, to the greenhouse gas emissions causing ocean acidification and warming,” says WWF’s Senior VP for Oceans Brad Ack.

Another recent study by University of British Columbia researchers corroborates WWF’s findings, concluding that the biomass of predatory fish in the world’s oceans has declined by some two-thirds over the last 100 years, and the decline is accelerating, with 54 percent of it occurring in the last 40 years.

No doubt these changes are happening partly as a result of overfishing. According to the United Nation’s Food & Agriculture Organization (FAO), nearly 90 percent of the world’s marine fish stocks are either fully exploited, overexploited or depleted.

Efforts to rein in the industry in the U.S. and elsewhere have led to more sustainable practices, but bad actors still ply deep sea waters with destructive trawlers and other gear which not only collect more fish than is sustainable but also inadvertently kill many other marine wildlife in the process.

There is some hope. Early results of efforts to essentially rope off certain parts of the ocean as “marine protected areas” (MPAs) to let marine wildlife recover are showing promise. A Center for Biological Diversity analysis of 31 marine wildlife populations found that habitat and other protections afforded them under the Endangered Species Act helped them rebound significantly, with three-quarters of endangered marine mammal and sea turtle species increasing population sizes accordingly.

“The Endangered Species Act not only saved whales, sea turtles, sea otters and manatees from extinction, it dramatically increased their population numbers, putting them solidly on the road to full recovery,” says the Center for Biological Diversity’s Shaye Wolf. “Humans often destroy marine ecosystems, but our study shows that with strong laws and careful stewardship, we can also restore them, causing wildlife numbers to surge.”

Another way to stop or slow the overexploitation of marine resources would be to end the approximately $20 billion in yearly subsidies for harmful fisheries that encourage destructive practices. The World Trade Organization has pledged to set new targets by mid-2019 that would require member nations to reroute any such subsidies toward investments in sustainable fisheries, aquaculture and coastal community development to reduce pressure on fish stocks. But even if such a drastic restructuring of the fisheries economy takes place, environmental leaders worry it may be too little too late.