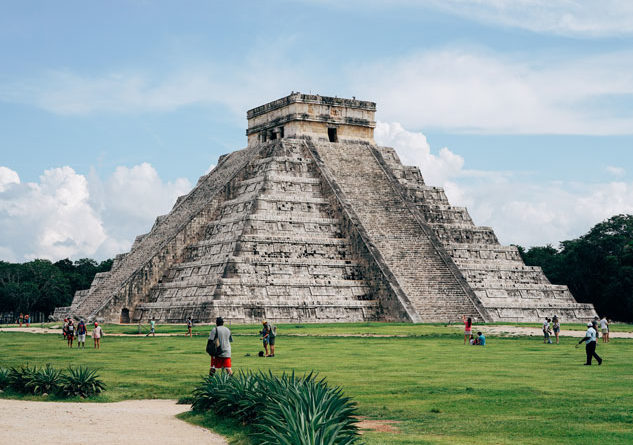 Mexico City – Mexico’s National Institute of Anthropology and History (INAH) announced Monday March 4, 2019 that at least 200 millennium-old ceramic artifacts have been discovered in an underground ritual cave in the Mayan city of Chichen Itza.

The cave, which was discovered 50 years ago but has remained unexplored until now, is called Balamku.

The cave is located 2.7km (1.7 mi) from the Temple of Kukulkan at the Chichen Itza complex on the Yucatan peninsula.

INAH archaeologist Guillermo de Anda told a press conference that this is the most important discovery since the Balamkanche cave was found in the 1950s.

“It’s overwhelming. I believe it is without doubt one of the most important caves of the Yucatan and I also believe I’m not exaggerating when I say it’s the most important find since the Balamkanche cave,” the archaeologist said.

“The greatest treasure” of Balamku, he said, is that “it hasn’t been altered, it was never sacked and we have all the facts about it right here.”

Most of the objects found are censers dedicated to Tlaloc, the water god, used for rituals and as offerings in the late classic period of Maya civilization, from the 7th to 10th centuries.

The many representations of Tlaloc, identified with pre-Columbian cultures in central Mexico, has sparked a debate about how they got to the Yucatan.

The archaeologist said research has discarded the initial hypothesis of a Toltec invasion of Mayan territory, but surmised that “central Mexico must have had an influence on Chichen Itza.”

“In that case, these items will help us establish a chronology,” the researcher said, adding that they expect to discover in Balamku many more artifacts than the 200 already found.

The censers and vessels discovered in Balamku still preserve the charred remains of food, seeds, jade, shells and bones, among other things the Mayas offered their deities in those days.

The difficult access and topography of the cave made depositing these objects and celebrating rituals there difficult, which leads researchers to believe it was a place of great relevance to the Mayas of Chichen Itza.

The archaeologist maintained that this cave is “probably more sacred” than the Sacred Cenote (Sinkhole) itself, a circular sunken pit 60 meters (197 feet) in diameter and 15 meters (49 feet) deep, filled with water and located in Chichen Itza.

De Anda said that Balamku has more importance because “the effort needed to enter it is greater than getting into the Sacred Cenote, which received offerings and pilgrimages from all over Mesoamerica.”

Up to now, the INAH team has carried out a preliminary exploration of the first 450m of the cave, though it is estimated that this is equivalent to just a third of its full length.

According to INAH, Balamku signifies “Jaguar God,” a reference to the divine nature the ancient Mayas attributed to that feline, which, they believed, was capable of entering and leaving the underworld at will.

County of Santa Clara to Assume Responsibility for Operating O’Connor and St. Louise Hospitals on March 1