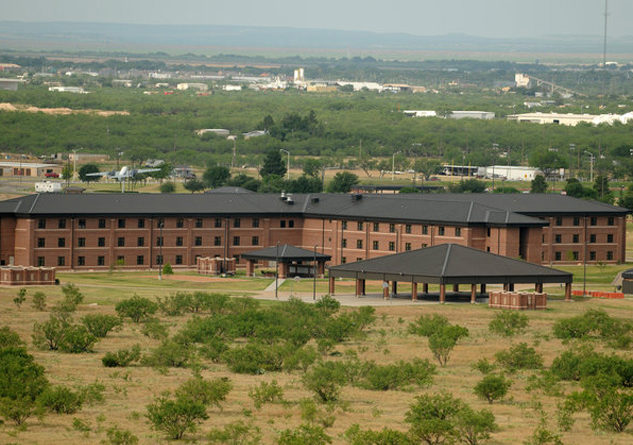 The government plans to build a migrant detention center at GoodFellow Air Force Base in San Angelo, Texas, on a former firing range near an uncapped, closed landfill. Photo Credit: Wikimedia Commons
by ElObservador 08/17/2018

CONCORD, Calif. – A coalition of health, labor and environmental groups is asking the Trump administration to release specific locations for immigrant detention centers to be built on military bases – sites that may be polluted.

President Donald Trump’s zero-tolerance policy at the border has resulted in the detention of tens of thousands of men, women and children.

Attorney Lisa Evans with Earthjustice, the law firm representing the groups, has filed an expedited Freedom of Information Act request to find out exactly where the migrants will be housed, because, she says, these military bases have a long history of toxic pollution.

“To round those people up and put them at risk of perhaps permanent harm by housing them in areas that are either on top of or close to hazardous waste sites is an unconscionable act and it’s unnecessary,” she stresses.

The administration is rushing to build two migrant detention centers in Texas – one at Fort Bliss in El Paso, home to several Superfund sites, and another on a former firing range at Goodfellow Air Force Base in San Angelo.

There also have been rumors of plans to use land at the former Concord Naval Weapons Station in the Bay Area.

Exposure to toxic chemicals from sites such as these can cause cancer, neurological damage and developmental harm, but the government says the sites are safe.

Evans says the planned migrant housing is flimsy and insufficient to protect people from environmental hazards.

“These are not dormitories,” she stresses. “These are not bunkers that have been converted to housing, that might be more protective. These are soft-sided temporary shelters set on the ground that can be constructed very quickly to house these children and families.”

Mexico to unite Maya area by train to boost tourism