Iowa Republicans Pass Most Restrictive Abortion Bill in the Land 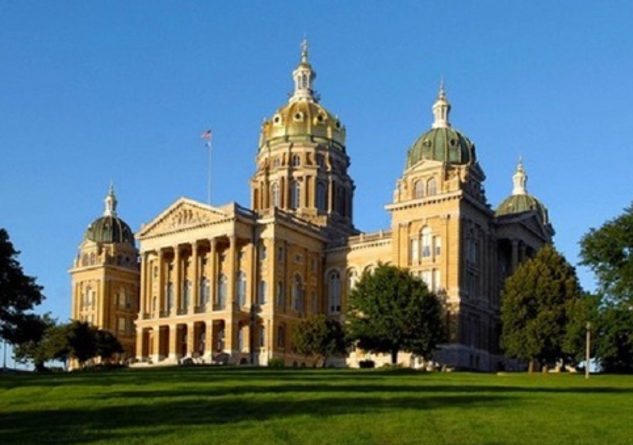 Iowa Republicans admit they hope the U.S. Supreme Court will be forced to take up a bill they passed Wednesday making the state's abortion law the most restrictive in the country. Photo Credit: itrl.idr.iowa.gov
by ElObservador 05/04/2018

DES MOINES, Iowa — Iowa is a signature away from the most restrictive abortion law in the nation.

Republican lawmakers, who control the Iowa statehouse, passed a bill Wednesday that would ban most abortions once a fetal heartbeat is detected, which is typically around six weeks of pregnancy. Many women aren’t aware they’re pregnant that early.

Erin Davison-Rippy, director of public affairs for Planned Parenthood of the Heartland, said the legislation is unconstitutional, and legislators knew that when they passed it.

“Obviously, this has passed both chambers but has not been signed yet,” Davison-Rippy said. “So we are strongly urging the governor to listen to reason, and we strongly urge her to veto this piece of legislation because it is unconstitutional and dangerous for Iowa women.”

Critics of the legislation say it’s aimed at triggering a challenge to Roe v. Wade, the U.S. Supreme Court’s 1973 landmark decision which established that women have a constitutional right to abortion. If challenged, bill supporters hope the bill will end up before the high court, where the 5-4 conservative majority might sharply curtail abortion access or ban it altogether.

The Supreme Court has declined to hear similar heartbeat bills approved by North Dakota and Arkansas Republicans after they were rejected by the 8th U.S. Circuit Court of Appeals. Davison-Rippey accused Iowa Republicans of not caring how much taxpayer money is spent on a lawsuit over the bill or how many families may decide Iowa is no longer a safe state to live or work.

“This is the most extreme abortion restriction in the entire country,” she said, “and we are embarrassed that a state like Iowa would pass legislation like this.”

Recently, Mississippi’s Republican governor signed into law a bill that bans abortion after 15 weeks, sparking an immediate court challenge by abortion-rights advocates. Iowa’s governor has not said whether she will sign the bill, but has been outspoken in her anti-abortion position.

NV Supreme Court to Weigh in on Sanctuary City Measure