NV Supreme Court to Weigh in on Sanctuary City Measure 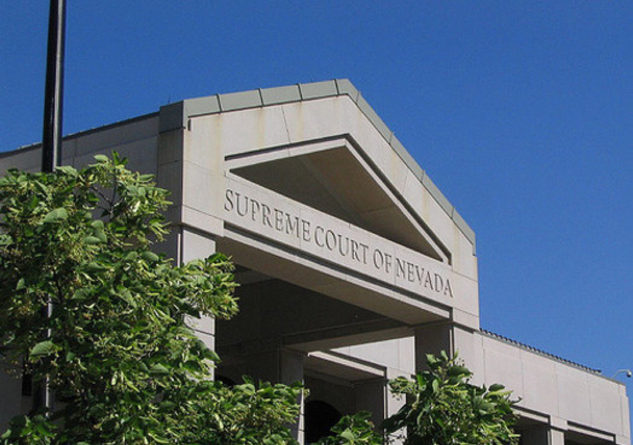 Whether Nevada voters will get to decide the fate of so-called "sanctuary practices" by cities and counties is now up to the state Supreme Court. Photo Credit: Ken Lund/Flickr
by ElObservador 05/04/2018

CARSON CITY, Nev. – A proposed Nevada ballot measure is seeking to ban so-called “sanctuary cities,” which take steps to protect undocumented immigrants. But before the measure can go before voters, Nevada’s Supreme Court will weigh in.

The measure would stop state, county and city officials from enacting any policies to prohibit or discourage cooperation with federal immigration enforcement. Amy Rose, legal director for the ACLU of Nevada, argued that the definition of a sanctuary city is vague, and the ballot measure would apply to more than just police and immigration officials.

“The language of this is so broad and confusing that voters aren’t going to know that this would impact hospitals and schools, and areas that they may not necessarily consider,” she said.

A district court judge agreed with Rose and blocked the ballot measure earlier this year, calling it “excessively broad” and “misleading.” Supporters of the measure appealed. The state Supreme Court will hear arguments next week.

State Sen. Michael Roberson, R-Henderson, who is backing the ballot measure, has said it would address public-safety concerns. However, Rose said the way the proposed measure is written bans all so-called “sanctuary practices” and might even put people in danger.

“If ICE comes to the hospital doors and says, ‘This person who’s receiving cancer treatment, or who needs to go to surgery for emergency care, needs to come with us instead, because we think they’re undocumented,’ then if the state hospital tells them no, that would be a violation of this,” she said.

If the Nevada Supreme Court allows the measure to go forward, its backers have until June to collect the signatures needed to get it onto this year’s ballots.

The text of the ballot initiative is online at nvsos.gov.

Iowa Republicans Pass Most Restrictive Abortion Bill in the Land