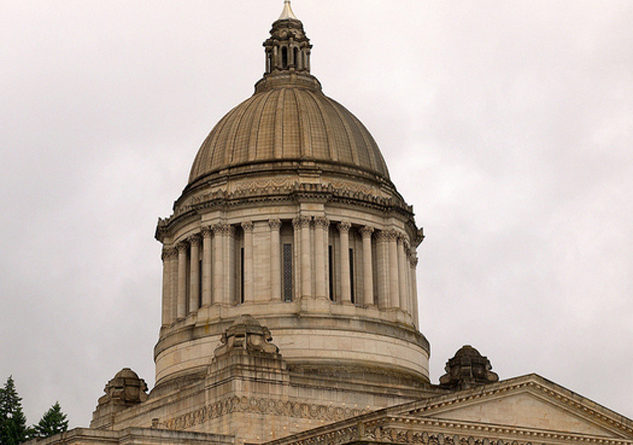 The YMCA's Youth and Government program in Washington state convenes a youth legislature at the state Capitol. Photo Credit: Pixabay
by ElObservador 01/26/2018

SEATTLE – With the constant flow of political news in daily life, civics education is as important as it has ever been for young people. In Washington state, groups and politicians are pushing for more of it – in and out of the classroom.

The Council on Public Legal Education is holding the Civic Learning Summit in Seattle today to promote quality education of the workings of government for students in the Evergreen State.

Erica Mullen is the YMCA of Greater Seattle’s executive for education initiatives. At her Y, kids get to put their school lessons on the government to practical use, and she says that makes them feel more engaged in their communities and the democracy at large.

The Civic Learning Initiative kicked off in 2017. Sponsors of the initiative include Chief Justice of the Washington State Supreme Court Mary Fairhurst and Attorney General Bob Ferguson, as well as organizations such as the League of Women Voters of Washington and School’s Out Washington.

Brent Gaither is executive director of the YMCA Youth and Government program in Washington state. The program offers two different tracks: mock trials and a youth legislature. In the Youth Legislature program, students present and debate bills in the Capitol.

Gaither says coverage of politics in Washington, D.C., doesn’t always show the civil side of the legislative process. But the Youth Legislature program provides deeper insight into this process and a bigger lesson on how to get along.

“It gives those students an opportunity to learn to be diplomatic, to see multiple viewpoints,” he says. “It gives them the ability to work with people that they disagree with and then come to a consensus.”

The Civic Learning Initiative also is addressing gaps for different populations in civic education. Gaither says his program reaches out to under-represented groups to make sure it reflects the diversity in Washington state.

“It’s interesting because our programs often are more diverse and more reflective of the actual state of Washington than the institutions that we are simulating,” he adds. “So, the legal profession and state government are not as diverse, sometimes, as our programs.”

Make your chip and dip a little more hip