Should “13 Reasons Why” Be a Show to Worry About? 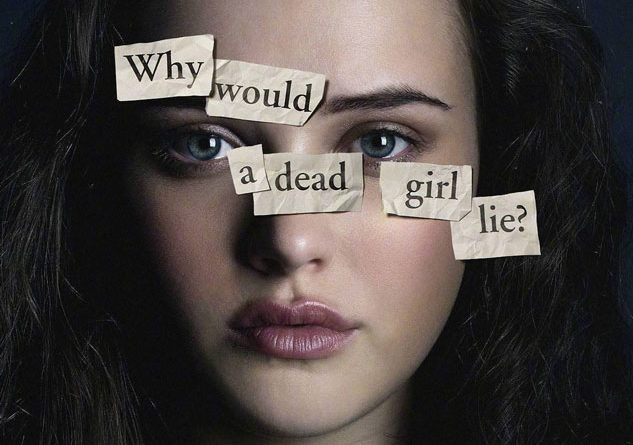 The Netflix series, “13 Reasons Why”, deals with intense situations between high school students and has some educators worried about the overall message. Photo Credit: Netflix
by ElObservador 05/19/2017

Teenagers across the United States are watching a controversial but popular show on Netflix called “13 Reasons Why”, which is a13-episode story arc that has everybody talking due to its controversial content ranging from suicide, sexual violence, and bullying. Most of the filming of the show took place locally in Marin County, and was directed by Tom McCarthy and executive produced by actress and singer Selena Gomez.

The show is about the13 reasons why a teenager, Hanna Baker, killed herself. A series of events led her to take her life, all involving her classmates in the fictional high school of Liberty High. She then leaves 13 tapes, each dedicated to every person that hurt her and led her to commit suicide.

However, even though the show is supposed to create awareness and address bullying, I think that the shows effect on some teenagers is the opposite of the intended.

Natalie Garcia is a 16-year-old junior at Mount Pleasant High School and she watched the whole show when it came out. “My friend told me about it, that’s how I become interested in it…all my friends have watched it; it’s a must watch.”

According to the Mercury News, a Bay Area counselor met with a student who was having trouble coping with school and when the counselor asked her if she had heard about the Netflix series “13 Reasons Why,” about a teenager named Hannah who chronicles her downward spiral before taking her own life. The student looked up at the counselor and tearfully replied, “I am Hannah.” This incident clearly shows the copy-cat effect that the show has on some teenagers that are having trouble in a vulnerable age.

Due to this type of behavior amongst teenagers who watched the show, some schools in Contra Costa County are sending out letters to parents warning them about the content in the show and its effects on students who might be going through depression. Many parents are not aware of what their children are watching on their devices.

The show has very strong content that event to me, a 23-year-old had trouble watching. I can only imagine what a 12-year-old felt when she watched the scenes where a rape takes place. There are two rape scenes in the show, which both are very graphic and show more than what any teenager should see.

“I think the show really shows reality but I was not affected by it, I learned positive things from it but I do have one friend who was really sad and depresses after she watched it,” Garcia said, who also admitted that her parents were not aware of the show.

The fact that anyone of any age can watch the show on Netflix should be something for parents to worry about and I think that every middle and high school should be sending out these letters to warn parents. Some parents aren’t always aware of what their children are doing at school, what they’re watching or if they’re being bullied. It’s not because they’re bad parents, but because every teenager needs space and it’s natural to not include our parents in our school and social lives.

Also, in Colorado “a community mourns the loss of seven students who recently killed themselves, a school district official ordered librarians to temporarily stop circulating a book that’s the basis for Netflix’s popular new series 13 Reasons Why,” according to the Associated Press.

Every parent should know that suicide is the second leading cause of death among teenagers and young adults ages 15 to 34, according to the U.S. Centers for Disease Control and Prevention. “13 Reasons Why” has already confirmed a second season is expected to come out by next year, and it’s also expected to have very graphic material that could have a negative effect as season one did.

If anyone you know may be suffering from mental illness or thoughts of suicide, the National Suicide Prevention Lifeline can be reached at 1-800-273-8255, or through https://afsp.org.