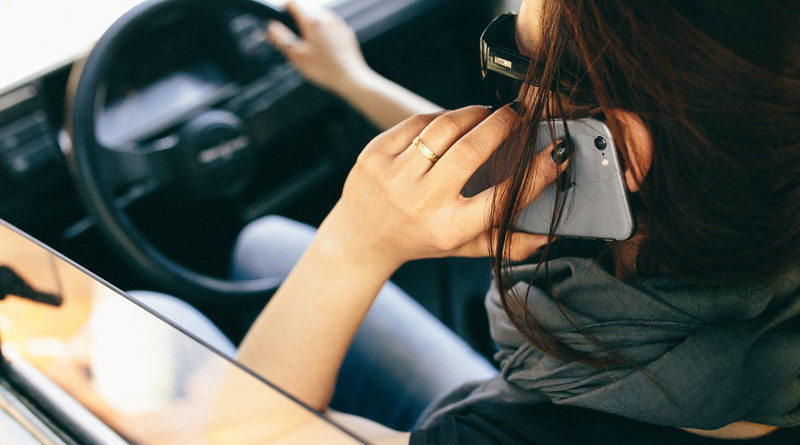 Here's a sight you probably won't be seeing much anymore on California roadways. Handheld phone use while driving is now illegal in the state. Photo Credit: Kaboompics
by ElObservador 01/06/2017

SACRAMENTO, Calif. – There’s a new reality for morning commuters, no more multitasking behind the wheel when you’re stuck in one of California’s legendary traffic jams. As of this week, it’s now the law that if you use your phone while driving, you may be looking at a $160 fine

That means no texting, no calls, and no social media updates when you’re behind the wheel.

Chris Cochran, assistant director of marketing and public affairs for California’s Office of Traffic Safety, said this initiative is aimed at keeping drivers’ hands on the wheel and eyes on the road, rather than on their smartphones.

“It pretty much outlaws anything that would require you to hold the cell phone or other device in your hand, or has you typing away at it with your fingers, or that type of thing,” he explained.

For drivers who bristle at this inconvenience, Cochran pointed out that phones mounted on the dashboard are still allowed.

According to the DMV and San Francisco-based Assemblyman Bill Quirk, who authored the new law, there were 12 fatal collisions in California last year involving handheld cellphone use, more than 500 injuries, and nearly 700 property-damage collisions.

Cochran said eight out of ten accidents involve inattentive driving, and talking or texting on a mobile phone are the top sources of driver distractions. And while it takes some discipline in this hyper-connected world to not pick up that incoming call, he said very often, those “urgent” messages can wait.

“Most everything that is coming over those smartphones is not something that has to be reacted to while you’re driving, or this minute, or even in the next five or ten minutes,” he said.

He said the window for avoiding an accident could be as small as two seconds; and nationwide, 3,000 people die a year from driver-related distractions.

Minimum Wage, Both A Positive and Negative Effect in the Bay Area