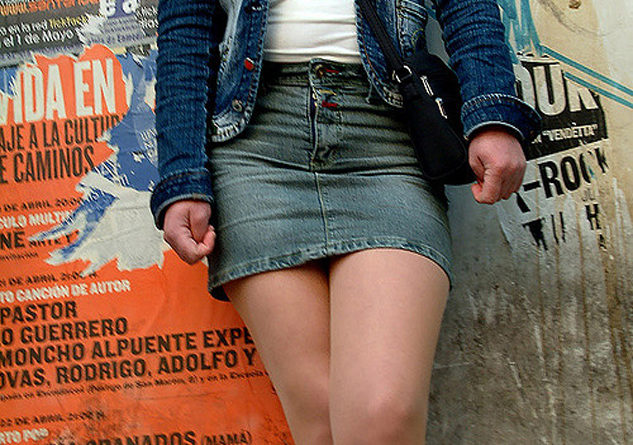 Rights4girls says one of the main predictors of entry into the juvenile justice system is sexual abuse; a new law seeks to change those odds by keeping some kids out of jail. Photo Credit: Jose Pereira
by ElObservador 01/06/2017

SACRAMENTO, Calif. – This week, a new state law is in effect aimed at protecting children who are victims of sexual abuse.

Law enforcement officers in California no longer can arrest youth suspects for prostitution.

Maheen Kaleem, a staff attorney with Rights4Girls, which advocated for the law, says minors inherently don’t have the same legal powers as adults, so they can’t consent to prostitution, and that pimps use threats of arrest as a way to keep minors from breaking free.

“Incarceration of victims really gets in the way of getting these children on the path to healing that they need, because exploiters are telling children, ‘If you go to law enforcement, if you seek help, all they will do is arrest you,'” Kaleem states.

Of just over 1,000 human trafficking cases reported in California this year, about 1 in 4 involved a child.

Kaleem says the new law shifts guilt away from these young people, and toward those who are traffickers or customers of the sex trade. Fifteen other states have also passed like-minded laws.

The problem involves many demographic pockets of children and is often connected to the international drug trade, Kaleem says.

She explains it isn’t that agencies or law enforcement see these children as criminals, but that options have been limited when faced with these cases.

“A lot of it was that they didn’t feel like they had an alternative,” Kaleem points out. “And if it’s a choice between leaving that child on the street and arresting that child, they were going to arrest the child, because at least then, they knew where the child was. The family court could get involved.

“Now that this protocol, and protocols like it, exist in other counties, it was very clear that there was another alternative.”

But that better alternative is not without complications. Kaleem says the majority of the cases she sees come from the child welfare system, where caseworkers are now being asked to learn these new protocols.