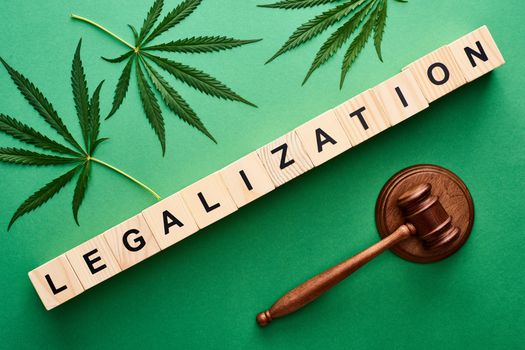 Because Minnesota's constitution doesn't provide for statewide ballot initiatives, issues like marijuana legalization have to go through the Legislature. Photo Credit: Adobe Stock
by admin 05/21/2021

Whether it becomes reality now or at a future point, advocates see it as a way to help end racial disparities in criminal justice. The measure would legalize marijuana use for those 21 and older, while expunging most minor criminal convictions related to the drug.

Julia Decker, policy director for the American Civil Liberties Union (ACLU) of Minnesota, said it wouldn’t solve all the disparities within the system, but is a break from the status quo.

“Even if a major change will not do everything that we want it to do, the status quo has not worked,” Decker argued. “It’s not working, and is doing harm.”

Last year, the group issued a report, which showed in Minnesota, Black people are five times more likely than white people to be arrested for marijuana possession.

The bill received some GOP support in the DFL-led House. The majority leader in the Republican-controlled Senate opposes legalization, citing unintended consequences, but hinted he’s open to sentencing reform.

Supporters of the bill said those who are disproportionately affected by marijuana enforcement have a hard time recovering from their experience in the legal system.

Decker noted the effects can be wide-ranging.

“Even an arrest, all of those contacts with the criminal legal system, can impact things like housing, jobs, for some communities, immigration status,” Decker outlined.

Elsewhere on the criminal justice front, the ACLU is part of a coalition calling for an end to driver license suspensionsfor low-level, unpaid traffic tickets.

Decker pointed out it is another way to establish fairness. As for the marijuana bill, if approved, Minnesota would join more than 15 other states in endorsing legalization. The state already has a medical marijuana program.

COVID-19: Getting Back to Normal Brings New Anxieties