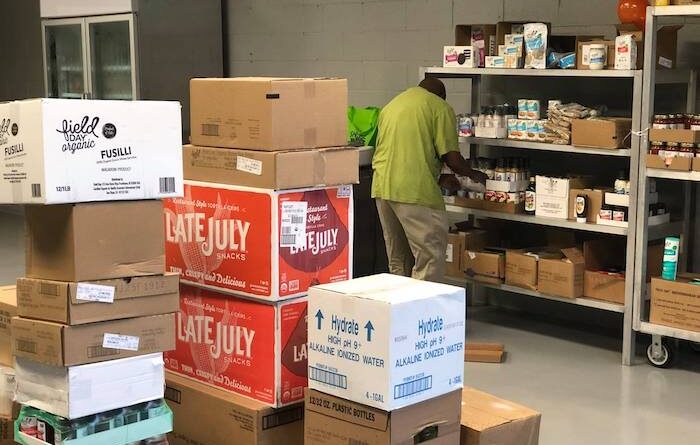 WINSTON-SALEM, N.C. — Black-led nonprofits in Winston-Salem are working to help residents with food scarcity, internet access and other issues exacerbated by the pandemic.

Rev. Willard Bass, executive director of the Institute for Dismantling Racism, and co-founder and co-director of the SHARE Cooperative, an organization which runs a food co-op called Harvest Market, said even before the pandemic, many residents in low-income neighborhoods lacked transportation to get to grocery stores in other parts of the city, and didn’t have access to farmer’s markets or other places to buy fresh produce.

“We were seeing opportunities where folks wanted to buy food, but they were not able to come out and get the food,” Bass explained. “And so we started an online buying platform on www.harvestmarket.store.”

He noted demand for the online platform grew as the pandemic worsened, and believes addressing food inequity is one component of anti-racism work.

Winston-Salem has twenty-one neighborhoods considered food deserts, and ranked seventh in the nation for the highest rate of food hardship in a 2018 Food Research and Action report.

Regina Hall, executive director of the Boston-Thurmond Community Network, a nonprofit serving one of Winston-Salem’s oldest Black neighborhoods, said her organization is focused on closing gaps, including the wealth gap and the student achievement gap among Black and Brown students.

She pointed out when the pandemic began, gaps in reliable internet access became glaring as local recreation centers and libraries closed; places residents relied on to search for jobs or do homework.

“As a result, we had residents who were standing outside of the recreation center, and sometimes until 2 o’clock in the morning, just to try to get some sort of internet access,” Hall recounted.

Hall emphasized Boston-Thurmond Community Network worked out a deal with the local housing authority and cable provider last fall to provide internet access to residents in the neighborhood.

“And now we’re expanding our efforts where, by the end of the year, we’re hoping that we will have between 50% and 75% of the households in the neighborhood with school-aged children, to have hard-wired internet,” Hall stated.

Hall added she’d eventually like to see state and local partners come together to establish a universal Wi-Fi policy throughout the city and county.

According to American Community Survey data, 81% of households in Forsyth County have a broadband internet subscription.