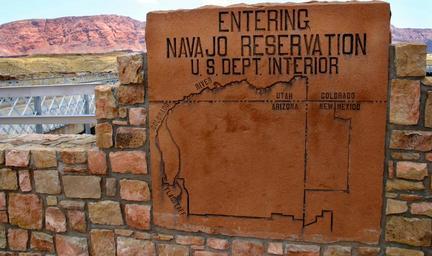 The Navajo Nation is one of dozens of tribal lands where thousands of cases of missing and murdered Native Americans remain unsolved. Photo Credit: Flickr
by ElObservador 04/09/2021

WINDOW ROCK, Ariz. — Interior Secretary Deb Haaland has created a new law enforcement unit to put renewed focus on resolving the cases of Native Americans who are missing or have been killed.

Under the Bureau of Indian Affairs’ Office of Justice Services, the Missing and Murdered Unit will coordinate across departments and agencies to pursue thousands of unresolved cases.

Angel Charley, executive director for the Coalition to Stop Violence Against Native Women, said a majority involve indigenous women, and the move spotlights an issue that has been on a back burner for too long.

“We’re happy to see that Secretary Haaland is addressing it on the infrastructure level,” Charley remarked. “And then, organizations like ours continue to do that grassroots organizing, supporting community and family.”

Haaland noted most have gone unsolved due to a lack of resources.

Charley predicted the effort will be a major help to her organization.

“It’s going to take a bunch of people working on different levels to continue to address the issue of murdered and missing indigenous women,” Charley emphasized.

“This is why representation matters,” Charley asserted. “Having madam secretary in this position really creates the system changes that a lot of folks have been advocating for a really long time.”

Haaland is a former U.S. Representative from New Mexico and a member of the Laguna Pueblo Tribe. She is the first Indigenous American to serve as a Cabinet Secretary.