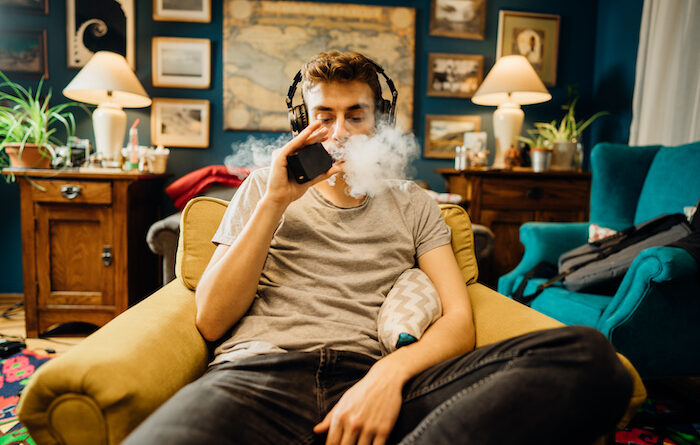 FRANKFORT, Ky. – More than a third of Kentucky middle and high schoolers say the pandemic has increased their use of e-cigarettes or vapes and other tobacco products, according to a recent survey.

The survey of 400 middle and high-school students across 22 counties was conducted in November and December by the Foundation for a Healthy Kentucky, in partnership with Kentucky Youth Advocates.

At the start of the COVID-19 crisis, said Abigail Birman, a junior at McCracken County High School in Paducah, many kids were out of school and relied on vaping to pass the time.

“They found it as a way to cure their boredom,” she said. “There was nowhere to go spend money on clothes or food, or anything. They could go spend their money on tobacco products, because the gas stations remained open, and it was just a way to be social in those times of not going to school.”

E-cigarette use among children and teens in Kentucky doubled between 2016 and 2018. Emerging research has shown young people who use them are up to seven times more likely to get COVID-19 than non-e-cigarette users.

State lawmakers have filed legislation — Senate Bill 81 and House Bill 147 — that would allow cities and counties to set standards on tobacco-retailer density in neighborhoods, and create buffer zones between those retailers and schools and playgrounds, among other local tobacco-control measures.

Mahak Kalra, chief policy officer at Kentucky Youth Advocates, said she believes local control is needed to stem the tide of vaping among the next generation of Kentuckians.

“The perspective of these Kentucky preteens and teens shows us that we, as a society, still have so much work to do to help protect our youth from e-cigarettes and other tobacco products,” she said.

Meanwhile, Birman said she believes tobacco addiction among her friends is worsening.

“It’s like, every single day it’s, ‘OK, gotta go to the gas station.’ The next day, ‘I’m out, gotta go again.’ Like, it was bad before, but it’s just continuing to get worse,” she said.

The Coalition for a Smoke-Free Tomorrow, made up of more than 200 groups across the state, hosted an online rally on February 3rd, asking state legislators to restore local tobacco control to cities and counties and increase funding for tobacco prevention and cessation programs.

Health Groups Press to Include Undocumented Seniors in Medi-Cal