Target to Eliminate Toxic Chemicals from Its Receipts 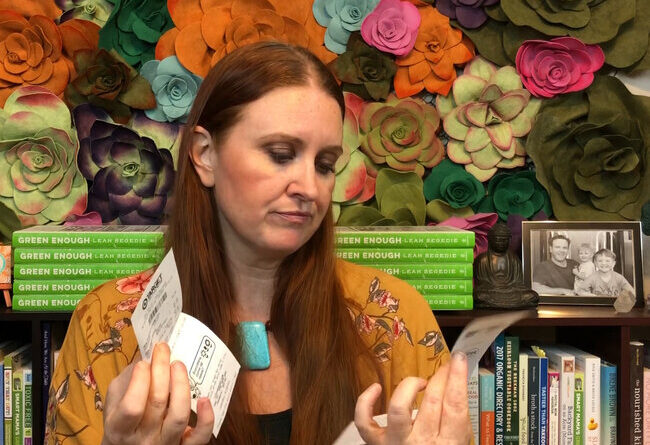 By 2021, Target's receipts will no longer be coated with bisphenol A or bisphenol S, chemicals that have been linked to endocrine health issues. Photo Credit: Mamavation
by ElObservador 11/13/2020

SACRAMENTO, Calif. — Big box retailer Target has announced it will eliminate toxic chemicals from its receipts by the end of the year.

The company will stop using bisphenol S and bisphenol A, which are what give a shiny coating to thermal paper, used for many airline tickets and receipts from stores and ATMs.

Leah Segedie, a consumer watchdog with the website Mamavation.com, said the move will make millions of Americans safer.

“A lot of health impacts have been linked to bisphenol, like diabetes, weight gain, asthma, infertility, hyperactivity in children, and lots of cancers like breast cancer and prostate cancer,” Segedie outlined.

Mamavation gathered 51,000 signatures to petition Target to make the change.

CVS, Whole Foods, Trader Joe’s and Best Buy also have stopped using the chemicals, known as BPA and BPS, which are known to be endocrine disruptors.

BPA has received a lot of negative attention in recent years, yet it is still very common, embedded in food and beverage cans, polycarbonate plastic, children’s toys and garden hoses.

Some companies responded by replacing BPA with BPS.

However, Segedie noted multiple new studies warn BPS is also hazardous, especially because the powder rubs off and can be easily absorbed through the skin.

“If you’re a woman or if you’re a child, your exposure level is actually higher because your skin is thinner than a man’s,” Segedie explained. “So men’s exposure would be lower.”

Advocates say the change will be particularly beneficial to pregnant cashiers, who handle receipts all day long at work.

4 Simple Tips for a Safe and Healthy Holiday Season