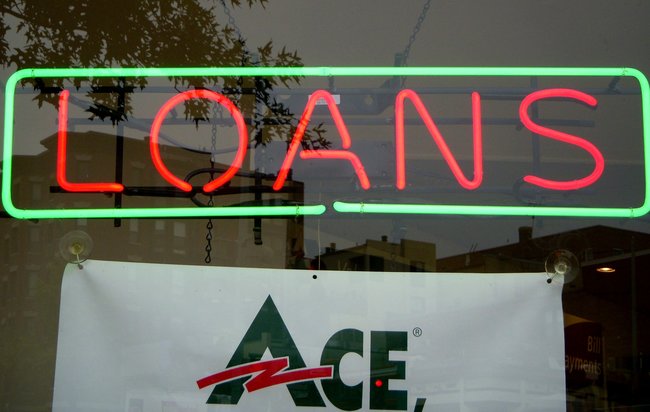 The public has until Sept. 3 to weigh in on a proposal to loosen the rules on high-interest short-term loans. Photo Credit: Krosseel / Morguefile
by ElObservador 07/24/2020

SACRAMENTO, Calif. – The Trump administration released a proposal this week that would make it easier for banks and payday lenders to charge sky high interest rates – despite California laws against predatory lending.

The Office of the Comptroller of the Currency wants to overturn the “true lender” doctrine and allow payday lenders to evade state interest-rate caps by listing a bank as the lender.

Lauren Saunders, associate director of the National Consumer Law Center, says this will bring back rent-a-bank schemes and allow companies such as OppLoans and Loan Mart to charge 100% or even 200% in interest.

“It’s outrageous at this time of economic crisis that the Trump administration, in action after action, is siding with predatory lenders charging outrageous interest rates that just push people into debt and make it harder and harder for them to feed their family,” says Saunders.

The feds say the change is necessary to help banks sell their loans, and manage liquidity and risk. This is the latest move by the administration that favors payday lenders.

Recently the Consumer Finance Protection Bureau repealed rules that required payday lenders to make sure borrowers can afford to repay the loans. And the Federal Deposit Insurance Corporation repealed its guidance to banks, limiting interest rates on small-dollar loans to 36% or less.

Saunders says last year, California tightened up some loopholes to forbid interest rates of more than 100% on loans up to $10,000.

“In reaction, three large payday lenders announced that they were going to ignore California law and team up with banks to avoid the law, because banks aren’t subject to state interest-rate limits,” says Saunders. “They haven’t done that yet but this proposed rule would make it easier.”

The public comment period on the proposed rule is open at regulations.gov until September 3. The final rule, which comes out this fall, is likely to draw a legal challenge from consumer groups.