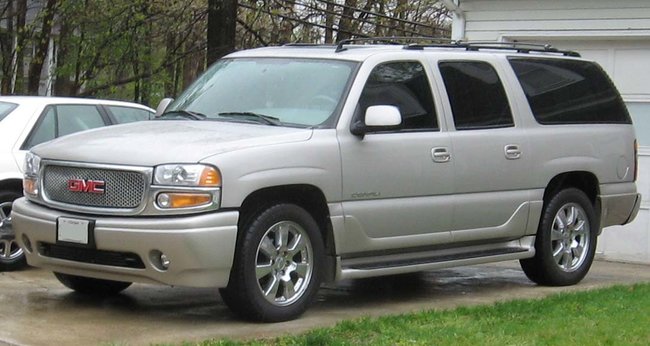 SACRAMENTO, Calif. — General Motors is losing ground with consumers over its support for the Trump administration’s attacks on California’s clean-car standards, a new poll finds.

“They have, in some sense, broken a promise after their bailout in 2009, when they said that they would start creating more fuel-efficient vehicles, and that hasn’t really happened,” he said. “Once their consumers find that out, they’re much less likely to purchase another GM vehicle in the future.”

The administration recently finalized a rule that weakens Obama-era limits on air pollution from vehicles, predicting this would lower car prices and lead more people to replace inefficient, older models. However, critics of the change have said the new cars would cost a lot more money in gas — and spew more than 1 billion tons of additional climate-warming pollution.

GM also supports a federal lawsuit that would strip California of its right to set higher emission standards than the federal standard. George said GM hurt its own reputation when it closed a plant that made the fuel-efficient Chevy Cruze and laid off 1,600 workers, even though the company made a $3 billion profit in that same quarter.

“So, it seems like it’s a pattern of behavior that is simply showing that they don’t necessarily care about strong vehicle fuel-efficiency and emission standards,” George said. “They just want to make as much money as they can.”

The state of California struck a deal with BMW, Ford, Honda, and Volkswagen to follow the state’s stricter standards. GM and Toyota did not join the pact.

The poll information is online at ucsusa.org.