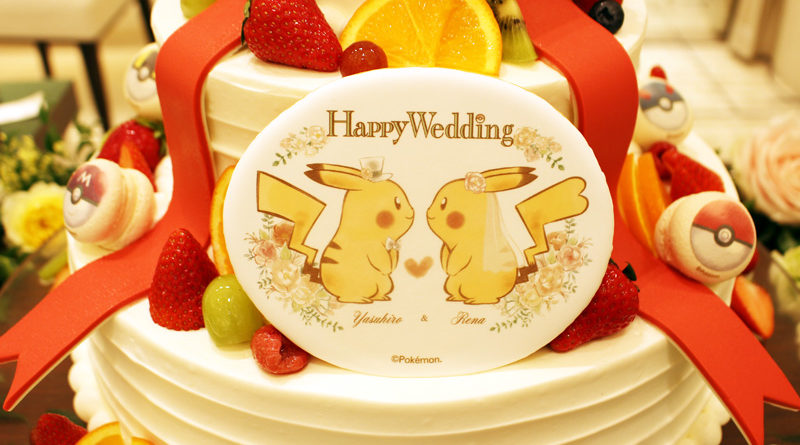 Tokyo, Jan 18 – Imagine a wedding ceremony where a pair of Pikachus dressed in a bow tie and veil wait at the altar; the guests are taken to the banquet adorned with Pokeballs, and the theme runs everywhere from invitation cards, to the menu and even tables.

In an age when the wedding industry in Japan is going through a slump owing to a fall in the number of marriages, a firm in Japan has decided to take advantage of the popularity of Pokémon franchise and use it as a strategy to revitalize the sector.

Escrit has become the first, and currently the only establishment, authorized by The Pokémon Company to acquire the rights to offer “official” Pokémon themed weddings with the number of weddings progressively declining in Japan in recent years.

Among those that decide to get married, “there is an increase in the number of people doing so without a ceremony,” Midori Murai of Escrit’s communications department told EFE

“Moreover, with the spread of social networks, there is a growing number of people who are bored of having weddings similar to the rest and want something more personal and original,” Murai said.

The Escrit spokesperson said “approaching clients who think, ‘we would like to hold a ceremony if it were like this’” with these theme based ceremonies could be good for revitalizing the wedding industry.

The first Pokémon wedding took place on May 25 and generated a lot of interest, mainly on social networks, at a moment when Pokémon fever returns with the announcement of new games for mobiles and the scheduled launch of Pokémon Sword and Pokémon Shield in Nov. 15.

Pokémon is not the first franchise Escrit has tied up with.

In 2016, it began offering Hello Kitty themed ceremonies, and in 2017 it tried its hand with a plan inspired by the successful videogame “Monster Hunter”, where the bride and groom cut the cake with a replica of the Epitaph Blade, used in the game.

All their plans include a series of exclusive products, the most significant one – a unique model of a document that is required by newly-weds in Japan to submit to the authorities for getting their marriage legalized.

For The Pokémon Company, which has earned billions from the franchise products, these weddings are “a new challenge.”

“Ten years ago, almost all Pokémon goods were only for kids. Now, Pokémon goods are very popular with both kids and adults. Pokémon fans have expanded to a lot of generations, and of late, even apparel items and cosmetics make good sales,” Sahoko Morotsuki, of The Pokémon Company’s licensing department, told EFE.

While neither Escrit nor The Pokémon Company revealed the number of bookings for Pokémon weddings since it was first offered on Feb. 27, the firms said they were surprised by the number, which was way above their initial expectations. They said they reached their annual target in just two months.

The firms also refused to divulge the cost of these ceremonies.

Pokémon weddings are currently held in 32 sites across the country, from Sendai (northeast) to Okinawa (southwest), but it is a limited-time offer as the company currently plans to manage them until December 2020.

“From 2021 nothing is decided,” explained Murai, and they could even continue with it for longer.