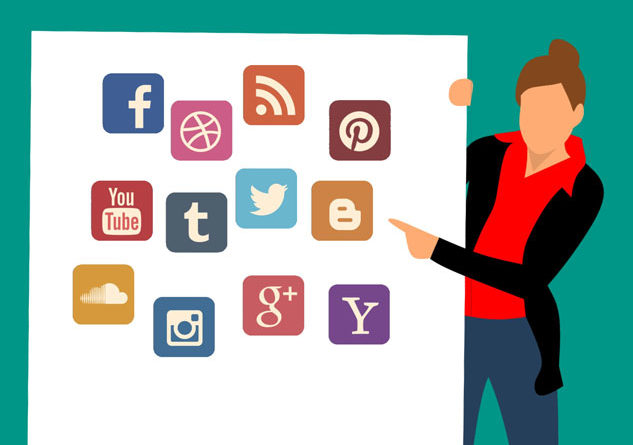 Facebook has been under relentless attack since the Cambridge Analytica scandal in early 2018. Broadcasters and news publishers have declared open season on Mark Zuckerberg, Sheryl Sandberg, and other senior executives at the company. And while not quite ubiquitous, #deletefacebook pops up every time there’s a story about data privacy. The EU has fined them, the US is trying to figure out how to regulate them, and the notion that free services should be absolutely free (as opposed to checking a box on a terms and conditions page that allows the free service to use your data as payment) is gaining traction.

Whether or not Facebook deserves the scrutiny it is under is a great topic for another article. Today, I want to have a look at alternatives. If you don’t like Facebook, what might work for you? Is the time right for the reemergence of focused social networks?

A Brief History of Social Networks

Friendster (a portmanteau of “friend” and Napster) launched in March 2002. It was the most popular social network until April 2004, when MySpace (which premiered January 2004) surpassed it. In July 2005, Newscorp purchased MySpace for $580 million, and by 2006, MySpace not only was the most popular social network in the US, it was the most visited website in the US. Interestingly, Twitter launched in 2006 and tripled in size by 2007 (the year of the first “retweet” and the first #hashtag).

Facebook also started in early 2004. By 2008, it had caught up to and surpassed MySpace by every measure. In 2011, Newscorp sold MySpace to Specific Media for $35 million. Oh, how the mighty had fallen.

On the other hand, Facebook just kept growing and growing, which may have motivated Google to launch Google+ that same year. No one ever liked or used it. Google+ will shut down on April 2, 2019.

Looking at the historic timeline, one might conclude that Friendster could not adapt, MySpace was arrogant and could not adapt, Twitter was something new and interesting, Facebook was continuously improving, and Google, even with its immense resources and engineering prowess, failed to create a compelling product.

Back in the day, pundits and thought leaders liked to ask, “Is ____ a nightclub or a public utility?” The theory is that nightclubs go in and out of style, but you’ll pay for and use the electric company’s product forever. With roughly 2.6 billion users, Facebook is clearly a utility. No digital product has ever been this size. The company has to break new ground every day just to keep from collapsing under its own weight. That said, the public sentiment combined with the political climate has created, at least in a small way, a market for alternative solutions.

Ning lets you create your own social network (or blog, or website) around the topic you care about. Share your ideas, raise awareness, and find people who care about what you care about. Customize the look and feel of your network – with coding knowledge needed – then use it as a hub for fundraisers, events, and more. Ning lets you use an existing social profile (Facebook, LinkedIn, etc.) to sign up and join networks. While Ning is far more customizable than many other private social networks, the idea of building a network from scratch can be daunting. While Ning heavily promotes monetization of your blog, website, or social network, you’ve got to spend money to make money; bigger projects can cost $49 or $99 per month.

Hivebrite offers all the tools you need to build, manage, and engage a community. Customize how your interface looks, how users sign up, the information they can display on their profiles, how much access they receive, and which features (i.e., events, forums, messaging, or job board) you enable. Hivebrite offers solutions for education, professional networks, nonprofits, and more. Like Ning, the level of customization that Hivebrite offers is immense and may appear overwhelming at first.

Vero is a mobile-only, photo-oriented social network in the spirit of Instagram or Pinterest. Vero’s privacy policy is nowhere near the front of the pack, but what it lacks in terms and conditions, it makes up for with excellent photo management tools. Vero says it eventually plans to charge for the service, but as of today, it’s free.

Diaspora has been around for a while. It’s an open source project, so anyone can set up a server. The network is distributed, which is fine for desktop applications and enhancements but makes working with it harder for mobile developers, which is not great news for mobile users.

There are a bunch of social networks that serve specific communities. These come in all shapes and sizes.

Minds an open source, privacy-oriented network with zero censorship, which makes it decidedly not brand safe.

MeWe – Tim Berners-Lee (who invented the www in 1989) sits on MeWe’s board, which is awesome! The network doesn’t leverage user data to optimize ads, so you see generic ads. Other than that, it has several Facebook-like features.

Nextdoor creates a social network for you based on where you live. Want to keep up with the goings-on of your neighborhood? Lost your dog? Looking for a garage sale? Nextdoor has you covered. However, as a colleague once said to me, “Nextdoor is a great way to find out that your neighbors are crazy.”

Well, if you don’t like these, there are many, many more. The problem is that almost all of these are pureplay digital products with very little marketing, so there is very little chance that a critical mass of your friends is on any one of them.

There are very successful focused business-oriented social networks. LinkedIn, for example, attracts job seekers, as does Dribbble, which bills itself as the leading destination to find and showcase creative work. Work-focused networks are thriving. Which raises the question, “Would a big media brand or a big lifestyle brand have consumer permission to found and run a tightly focused social network?”

This idea is antithetical to current consumer marketing ethos, which strives to reach targeted audiences at scale. If you want targeting at scale, you go to Facebook or Google. Either can give you practically everyone in America who fits your target. To be fair, Twitter, LinkedIn, Instagram, and Pinterest can all serve up pretty big targeted audiences.

But what if consumers are ready for a new new thing? What if smaller, higher-quality, more engaged audiences can self-assemble around a brand? What if consumers are yearning for restored trust, a semblance of privacy, and true transparency? A tall order, to be sure. But if you could leverage a trusted brand to fill the bill, is the time right for the emergence of focused branded social networks? I’m pretty sure the answer is yes.