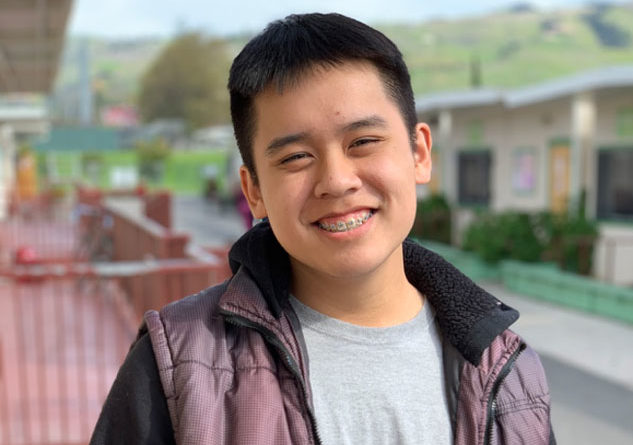 The U.S. Presidential Scholars Program was established in 1964 and was developed to recognize high school students who exemplify leadership, scholarship, and contribution to school and community. Nguyen was nominated due to his overall scholastic achievement and high SAT scores.

“I have had the honor to mentor Andy throughout his four years at Summit Rainier,” said Hassaan Ebrahim, teacher and mentor. “Over his high school career, I have watched Andy grow, and I have been impressed by his diligence and dedication to his education. He has big dreams, and I know he will stop at nothing to achieve his goals.”

“The community at Summit Rainier is thrilled that Andy has been acknowledged yet again for his outstanding academic achievement,” said Jesse Rose, Executive Director of Summit Rainier. “Andy’s work ethic and drive is an inspiration to his classmates. He illustrates the purpose of our school, which is preparing students for success in a four-year college and to lead a fulfilled life. He has a very bright future ahead of him.”

Following his graduation in May, Nguyen plans to major in Economics to pursue a career that will allow him to support financial development in low-income communities.  Historically, 98% of Summit Public Schools graduates are accepted to four-year colleges, and many seniors have been accepted to prestigious institutions including Princeton University, Columbia University, Tufts University, Baylor University, Amherst College, University of Southern California, Virginia Tech, New York University, UCLA, and UC Berkeley.

Summit’s innovative personalized learning model allows students to deeply engage in their learning through real-world projects and learn to become self-directed learners, helping them to develop the habits and skills that lead to academic and personal success. Since 2007, more than 1,800 students have graduated from a Summit school. Summit alumni complete college at twice the national average.