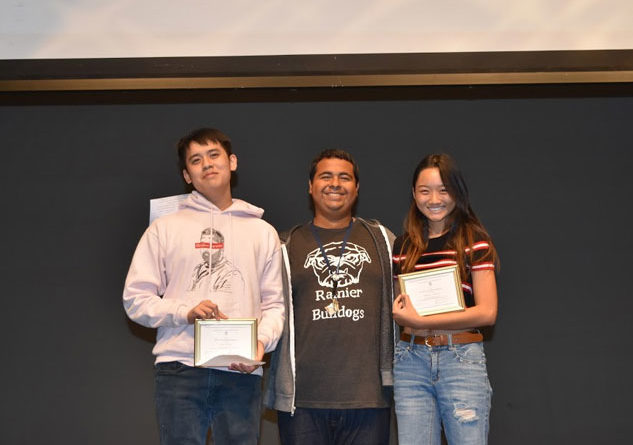 The Summit Rainier Public School students, seniors Kriselle Tanhueco and Andy Nguyen, scored among the top 50,000 students out of 1.6 million students on the 2017 PSAT/NMSQT. In addition, Tanhueco and Nguyen are two of just 34,000 Commended Students nationwide recognized for their exceptional academic promise.

“On behalf of their Summit Rainier peers, teachers and administrators, I commend Kriselle and Andy for their hard-earned accomplishment,” said Edwin Avarca, assistant director of Summit Rainier. “Our whole campus community supports and celebrates them for their incredible academic achievement.”

The Summit Rainier students became eligible for the Commended Student distinction by completing the 2017 PSAT/NMSQT exam, a precursor to the SAT and ACT exams a majority of colleges require in the admissions process.

“The young men and women being named Commended Students have demonstrated outstanding potential for academic success,” said a spokesperson for NMSC. “These students represent a valuable national resource; recognizing their accomplishments, as well as the key role their schools play in their academic development, is vital to the advancement of educational excellence in our nation. We hope this recognition will help broaden their educational opportunities and encourage them as they continue their pursuit of academic success.”

Summit’s innovative personalized learning model allows students to engage in deeper learning projects and become self-directed learners, helping them to develop the habits and skills that lead to academic and personal success, including college acceptance. Since 2007, more than 1,800 students have graduated from a Summit school. Summit alumni are twice as likely to complete college than their peers.