A Tribute to Betty Rose, Former Co-Publisher of El Observador 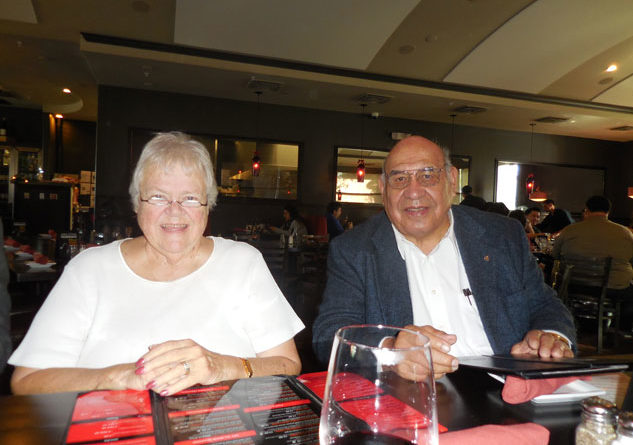 It was Betty Rose who encouraged her husband, Hilbert Morales, to do something about the level of ignorance with respect to access to education and health care services in the Latino community way back then during the early 1980’s. When Hilbert and Betty Morales acquired El Observador in 1986 she became Co-Publisher, and the newspaper’s Chief Financial Officer (1986-2016). She influenced features that EO published, especially local politics, all levels of education, and job preparation and access.

Betty died last Tuesday morning, January 22, as a consequence of two serious chronic disease processes: Insufficient heart function and blood circulation in both legs, and Diabetes Type II, which resulted in several neuropathies (numbness). However, she reached age 83 because she was very disciplined in early diagnosis, development of therapy plan, and management of treatment plans.

When she died, her husband lost his partner and soulmate in this life and this community lost a very competent accepting friend and advocate. Her personhood exuded empathy and sympathy; always a good confidant and observer who would peel off each layer of confusion to get down to the issues, and then help develop acceptable resolutions. Basically, she solved many problems. She projected ‘unconditional acceptance’, a sharp wit, had extensive wisdom, and an irrepressible humor which made one feel good.

She was definitely a delightful and insightful gifted woman.

Betty Rose often raised the question, “When will Latinos understand that today it takes knowledge, communication and relationship skills to get ahead?” After EO was acquired its staff was deliberately “Latinized”, with Rebecca Valdez as EO’s Editor. Betty’s favorite features were community news and local politics, health, and education.

Other ‘Betty promoted’ features were EO’s coverage of local politics, especially the promotion of increasing voting by Latinos, promotion of its Latino candidates, and recommendations supporting those candidates who were the best for the community. One example was Blanca Alvarado, who was the first Latina to be elected to City of San Jose Council, representing District 5. EO’s mission became to, “present information which was truthful, factual and useful”.

Betty and Hilbert Morales married in 1981; she became an instant step-mother to Hilbert’s children, Linda, Tony and Mary. They adopted the goal of having each child learn a profession which enabled ‘making a good living’, regardless of the economy and social issues. The girls are now licensed teachers, and son Tony is a plumber.

Betty was a graduate of St. Dominic Academy in New Jersey (Class of 1959) and arrived on the peninsula during early 1960’s after having earned her R.N. degree from St. Joseph’s School of Nursing in New Jersey. Betty’s surviving family members all reside on the East Coast.

May she rest in peace knowing that she influenced and helped many in every community here. She was a remarkable woman. We all already miss her presence.