LA TEACHERS GO ON STRIKE & OAKLAND MIGHT BE NEXT: AN ISSUES OVERVIEW 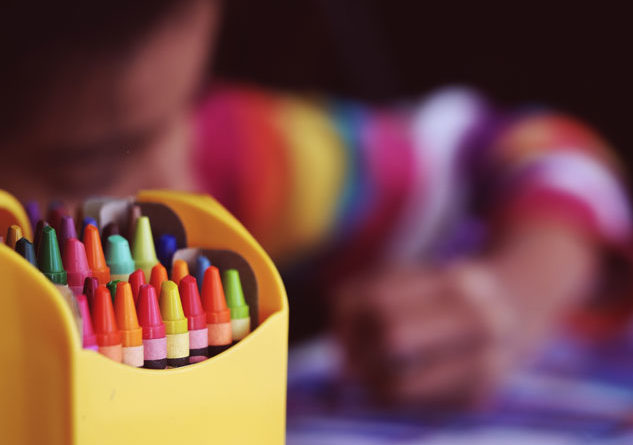 CA’s property taxes fund its public-school system (K-12) ranking of 43 out of 50 states. Forty years ago, CA provided the highest level of funding for K-12 schools. Proposition 13 (adopted 1978) reduced the property tax revenues which are traditionally the major source of revenues for education. Private homes were to be the sole beneficiary of Prop 13, but corporate property became covered which led to insufficient underwriting levels of today.

This situation needs to be updated to apply only to homes of the fixed income retired elderly to ensure their continued ownership and occupancy. This enables this cohort to ‘age in place’ in their homes by ensuring property taxes remained affordable during their golden years.

Corporations managed to become included by claiming their real property was never sold although ownership changed hands whenever its stock changed ownership. This specious rationale has prevailed wrongfully. PROPOSITION 13 NEEDS IMMEDIATE CHANGES to restore property taxes paid by corporations. Traditional residential real properties held down to low rates were meant to assist elderly retired folks. Those untaxed commercial real properties need to be returned to the tax rolls because K-12 public school systems need that property tax revenues to pay for ‘catching up’ efforts which impact all schools today.

Oakland Unified School District operates 86 schools having 49,000 students attending K-12 classes. About 2,500 teachers are employed. Their union collective bargaining is going on now and its teachers have not yet been asked to ‘hit the bricks’ (go on strike). Los Angeles Unified School District employs 35,000 teachers who instruct 640,00 K-120 students at 1,200 school sites. The Teacher’s Union of Los Angeles’ (TULA) first strike in 30 years began on Monday, January 14, 2019!

In addition to salary & benefit adjustments, having smaller class sizes (18-24 students per class); and having more supportive staff (teaching assistants, nurses, librarians, etc.), other issues include cost of living allowances (COLA), helping teacher with down payments on homes/condos and student loan debt. A goal would be to have a teaching staff wherein none needed a second job to make ends meet. The reality is that teacher salaries have not kept up with the cost of living requirements of the San Francisco Bay Area which is one of America’s high cost living areas.

“Here are the key points: This strike impacts about 640,000 students and about 35,000 teachers, counselors, librarians and school nurses; The union wants a 6.5 percent raise, retroactive for a year, significantly more school counselors, librarians and nurses, major classroom size reductions and less standardized testing. UTLA’s leader have also called for a cap in the district on charter schools. Counter- offer: The district’s last offer was a 6 percent raise, spread over two years of a three-year contract; 1,200 new teachers; a full-time nurse in every elementary school; a cap of 35 students per class in grades 4-6, and a cap of 39 students per class in high school.

Can Governor Newsom help? The lower-class size offer was a result of a budget proposal by Gov. Gavin Newsom that freed up operating money by using state funds to pay down teacher pension liability statewide.

• Cano reports that Newsom’s plan, if the CA Assembly approves it about $50 per student in school districts’ budgets becomes available to fund other needs, which is a modest welcome infusion.

At LAUSD, that translates to $40 million…or not: UTLA says the district is lowballing the savings, even from Newsom’s plan. The district says meeting the union’s demands will bankrupt the district (though adequate reserve funds exist).

Politics: A Newsom spokesman said Friday the governor has been talking informally with both sides but won’t get involved publicly in the negotiations. Newsom won his seat with significant union backing after charter school advocates threw millions of dollars into the gubernatorial primary in support of other candidates. As is evident, the TULA and LAUSD negotiations are a work in progress.

Teachers in the Oakland Unified School District have been working without a contract since July 2017. Teachers there are demanding smaller class sizes and salary increases, which would help attract and retain faculty. The Oakland Education Association and school district have entered fact finding negotiations. The final step in impasse process (prior to asking members to approve a strike).”

COMMENTS: Democracy requires educated informed citizens who participate in their community’s governance by voting for elected representatives whose values and objectives are in alignment with those of supportive constituents. Through governmental agencies, such as school districts, the community’s residents achieve higher levels of informed training which is the foundation of individual achievement and success.

An important focus is the need to formalize the efforts which enable school districts, communities, business & commerce, faith groups; and residents to create and sustain those activities by which having sufficient teaching staff becomes their main mission. If a community wants its teachers to live within their school district jurisdiction, then there needs to be the communication channels established and used to establish support systems and organizations which deal with housing issues, forgiveness of student loans, and most important, finding the economic support which enables and sustains professional teacher salary levels which enable living within that community.

In a similar approach could be applied to helping a teacher with the acquisition of a home or condo. Assistance with down payments would be a major accomplishment. This sort of economic assistance helps an individual teacher to begin to acquire wealth through growth of home equity. My parish stopped providing a home for its priest by encouraging its priest to purchase a home with the financial assistance (a low or no interest loan) which assisted that priest to be a stable resident and begin to grow a family estate via home equity growth.

A partnership contract ensured having the parish’s financial investment returned if and when the priest & family moved to a new opportunity. A housing trust non-profit organization could be assembled in a manner which permitted local business firms and well-of individuals to invest in long term agreements wherein funds loaned were secured by collateral (the real property involved).

In a similar manner, the community, local business, and school district organize a non-profit foundation used to ‘stabilize their professional teaching staff’. Simply stated, the leadership of school districts and unions need to have ongoing communications whose purpose is to deal with mutual interests…especially dealing with issues whose outcome is creating and sustaining their teaching staff.

Collectively communities and school districts need to address the need to update Proposition 13 for the purpose of having corporations pay their fair share of taxes used to underwrite the training which produces qualified and capable employees who are the knowledge workers needed to sustain profitable operations. Who will be the advocate leader?