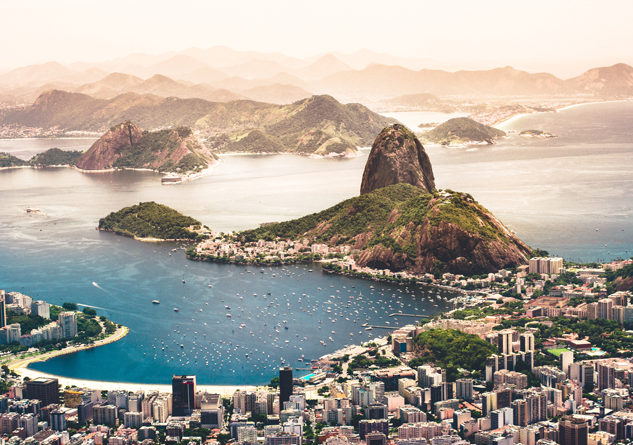 Rio de Janeiro – Descendents of African slaves surviving in one of the most sought-after residential districts of Rio de Janeiro are fighting the real estate speculation that for years has tried to kick them out of their homes.

These are the inhabitants of Sacopa, located on one of the hills bordering Lake Rodrigo de Freitas in what has become the exclusive Lagoa neighborhood.

Seated on the patio of his home, family patriarch Luiz Sacopa told EFE how his grandparents came here in the early 20th century, fleeing from their slavery in the inland town of Nova Friburgo.

In the 19th century, Rio had the largest concentration of slaves of any city in the Americas and some of them escaped to form small communities in various corners of Brazil, groups that were called Quilombos.

During the 1964-1985 military dictatorship, Sacopa said, the government “invented a process of sterilization,” by which all the shantytowns on Rio’s wealthy south side were eliminated.

The Sacopa family managed to stand its ground on a like-named street in the La Lagoa neighborhood, where their humble homes on very expensive land stood for over 90 years.

As the city grew, so did interest in the Quilombolas property, where today 32 people live.

Luiz Sacopa Jr., the youngest son of the patriarch, managed to attend university and study law, but was unable to finish his course “for the lack of funds,” although, as he himself said, he had time enough to discover the law that guarantees, after a certain time, that people may claim ownership of the property they live on.

A tear escaped the elder Sacopa as he recalled how his sister “the fighter,” whose portrait adorns the patio of the house, “died of a heart attack after a heated argument with a judge” 12 years ago.

The Sacopas’ greatest success up to now is a decree that acknowledged in 2014 their title to 16,000 sq. meters (4 acres) of land, as is stated on a plaque at the entrance to the property.

Besides the court battles and real estate speculation, the family also faces the social prejudices and racism of the elitist area they live in.

“A neighbor who lives in a building lower down once came here apparently to get some fertile dirt for his garden, but really to plant marijuana seeds – then later he called the cops,” the patriarch recalled.

The leader of this social struggle confessed that he was tired and physically weakened by his age, 76, and the diabetes he suffers, and that he wishes to pass “the mission” on to his sons and daughters with whom he lives in this oasis of humility in luxurious Lagoa.

A jungle refuge in the big city where there are still numerous species of tropical flora and fauna, which Sacopa loves to list and show his grandchildren.

Smart Home: Is the Time Right?