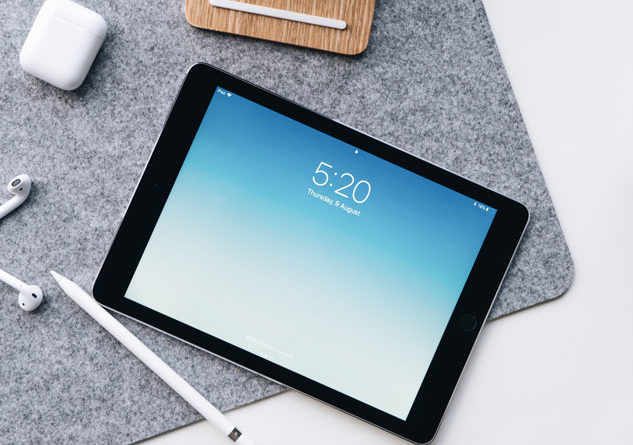 On Tuesday at the Brooklyn Academy of Music, Apple held its second major hardware event of the fall to unveil a new lineup of iPads, MacBooks, and more. The big takeaway: all of Appleâ€™s new products are the best theyâ€™ve ever been â€¦ and also the most expensive theyâ€™ve ever been. If youâ€™re looking to drop some serious coin this holiday season, hereâ€™s what you need to know.

You can buy the MacBook Air with either 8GB or 16GB of memory, and up to 1.5TB of storage space. All models come with three Thunderbolt 3 USB-C ports and a battery life that Apple says will last 12 hours (web browsing) or 13 hours (â€śiTunes movie playbackâ€ť). Apple is notorious for two things: making great products and exaggerating those productsâ€™ battery life. Weâ€™ll see how long they hold up in real-world scenarios.

Rumors suggested the new MacBook Air would have a fingerprint sensor, and Apple delivered. Apple added a T2 security chip for Touch ID and Siri support, which the company says is the â€śmost secure boot process of any notebook.â€ť

The new MacBook Air also has a 100 percent recycled aluminum frame, a new â€śthird generation keyboardâ€ť (that Apple says is 4x more stable), a Force Touch trackpad (thatâ€™s 20 percent larger than its predecessor), and a 720p FaceTime camera with a three-mic array.

The TL;DR is that the new MacBook Air is, far and away, the best MacBook Air that Apple has ever made. Itâ€™s also $200 more than the previous entry level MacBook Air, which retails for $999 (but can often be purchased for even less). Good news for the budget-conscious: the last-gen MacBook Air isnâ€™t going anywhere (for now, anyway).

The MacBook Air can be pre-ordered today and will be available next Wednesday, November 7.

With all flash storage, 5x faster processors (both four- and six-core), and 30x faster graphics, the new Mac Mini is a powerhouse (especially compared to previous versions). The entry level model features a 3.6GHz CPU, 8GB of RAM, and a 128GB SSD; you can go up to 64GB of RAM and 2TB of SSD storage, but those upgrades will push the price tag even higher.

The Mac Mini can be pre-ordered today and will be available next Wednesday, November 7.

Love your iPhone XS? Youâ€™re going to love the new iPad Pro. Featuring no home button (Touch ID has been replaced by Face ID) and thinner bezels on all sides, Appleâ€™s new lineup of iPad Pros are beautiful. Even better â€¦ they have no notch!

The new models all feature Appleâ€™s new eight-core A12X Bionic processor, which is even more powerful than the processor found in the iPhone XS Max. Need storage? You can now buy an iPad with up to 1TB of space. Thatâ€™sâ€¦ a lot for a tablet.

For some people, that may be where the good news ends. Gone is the headphone jack (we hardly knew ye). Gone, too, is the Lightning port. In its place: a USB-C port (which can now be used to charge an iPhone, which is cool). That means, though, youâ€™ll need to buy a new Smart Keyboard or Apple Pencil (more on that below) if youâ€™re thinking of upgrading.

Apple unveiled the first updates to the Pencil since it was introduced three years ago, and theyâ€™re fairly substantial. The new Pencil adds gesture controls so that you can tap the sides to switch tools, which vary from app to app and can be fully customized. The Pencil now pairs to your iPad automatically and magnetically attaches to the side of a new iPad Pro. Even better, when itâ€™s docked to the side of the iPad, it charges wirelessly.

NamedÂ LinkedInâ€™s #1 Voice in Technology for 2017,Â Shelly PalmerÂ is CEO ofÂ The Palmer Group, a strategic advisory, technology solutions and business development practice focused at the nexus of media and marketing with a special emphasis on machine learning and data-driven decision-making. He is Fox 5 New York’sÂ on-air tech and digital media expert, writes a weekly column forÂ AdAge,and is a regular commentator on CNBC and CNN. FollowÂ @shellypalmerÂ or visitÂ shellypalmer.comÂ or subscribe to our daily emailÂ http://ow.ly/WsHcb