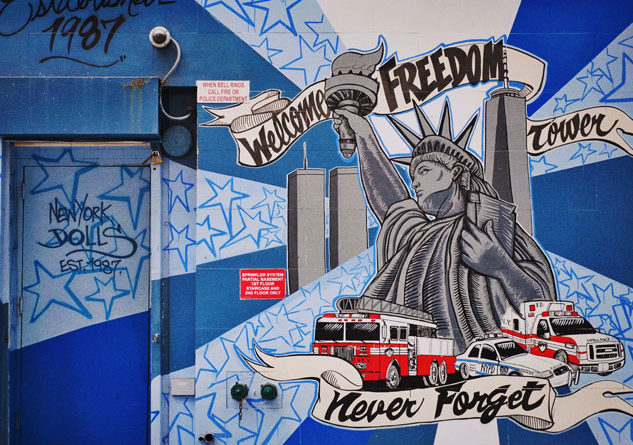 New York – Thousands of members of the public, relatives of victims and officials gathered Tuesday at the former site in Lower Manhattan of the World Trade Center’s twin towers, which were destroyed by Al Qaeda suicide hijackers on Sept. 11, 2001, to honor those who lost their lives in the worst terrorist attack in US history.

New York marked the 17th anniversary of the terrorist attack with an emotional ceremony in which families of the victims read the names of the almost 3,000 people who lost their lives in the attacks that day.

Just minutes after the act began, at 8:46 am, those present observed a minute of silence in remembrance of the exact moment when the first airplane crashed into the Twin Towers.

A total of six such observances were scheduled throughout the act to also recall the crash of the second aircraft into the World Trade Center, the one that hit the Pentagon in Washington, the one that crashed onto a field in Pennsylvania, and the collapse of the two New York towers.

Also on hand among others were former New York Mayors Rudy Giuliani and Michael Bloomberg, and a very moved Nikki Haley, US ambassador to the United Nations.

The city, covered in a dense fog, kept its flags at half-mast on Tuesday and many church bells rang during the moments of silence recalling the attacks.

Though most of the family members who took part in the memorial only read the names of the victims or made a brief remembrance of their dear ones, one of the first to get on the podium took the occasion to ask that the tragedy no longer be used for political purposes