Study Shows Need to Talk to Aging Drivers About Safety 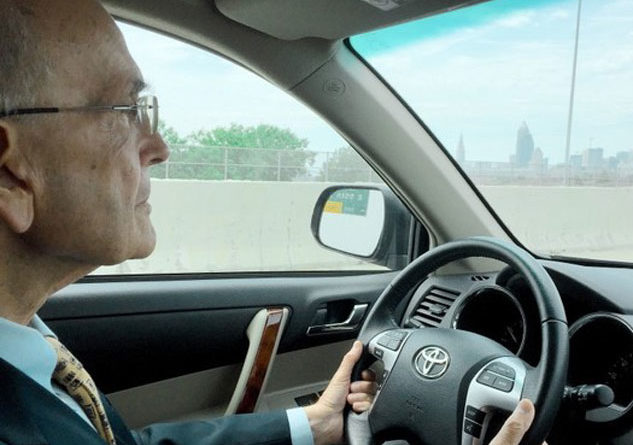 A study by AAA shows senior citizens are outliving their ability to drive safely by an average of seven to 10 years. Photo Credit: Pixabay
by ElObservador 08/31/2018

ANNAPOLIS, Md. — While most families are eager to talk to eager teenagers about driving safely, a recent study shows 83 percent of older drivers are missing out on having similar conversations when the time comes to retire from behind the wheel.

The study by the AAA Foundation for Traffic Safety showed of the families who talk with their senior drivers about safety, only 15 percent do so – and it usually comes after an accident or other traffic violation. Ted Peterkin is an AARP driver safety instructor in Prince Georges County. He said there is no set age for a person to stop driving, so it’s up to the family or caregiver to observe declining patterns of alertness and then talk objectively about alternatives to driving.

“They are the ones to determine whether it is time for that driver, senior driver or ‘seasoned’ driver, to stop driving based on the disposition of the vehicle, like dents in the vehicle,” Peterkin said.

According to the study, in 2016, more than 200,000 drivers age 65 and older were injured nationwide in traffic crashes, and more than 3,500 were killed. AARP has a free online workshop called “We Need to Talk” to help walk people through the process of having those tough conversations.

In 2017, 59 senior citizen drivers in Maryland were killed, an increase of 69 percent from the 35 killed in 2013. Ragina Cooper Averella, public and government affairs manager with AAA Mid-Atlantic, said those seasoned drivers should begin planning for “driving retirement” at the same time they begin planning for retirement from work.

“We really think that early discussion and proper planning will help actually perhaps extend the time that elderly drivers may be able to be on the road,” Averella said.

In some areas, AARP can help facilitate the conversation by sending a volunteer to help get the talk going with a loved one. Other tips to help a seasoned driver include suggesting only daytime driving and avoiding rush hour traffic.

Cloud Wars: The Battle for Your Cloud Storage Dollars

IN AMERICA, WHO HAS THE RIGHT TO VOTE TODAY?