IN AMERICA, WHO HAS THE RIGHT TO VOTE TODAY? 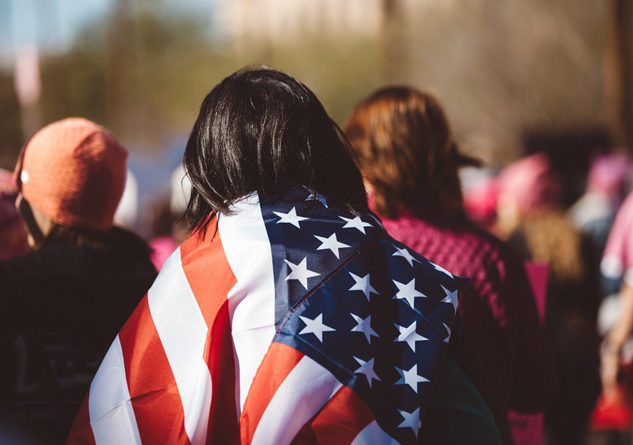 It is important to know who has the right to vote in America today because special interest groups are now doing whatever is possible to limit the influence and/or participation levels of targeted citizen cohorts. This is being done to maximize their own special interest election vote. Their goal is to limit the community’s self-determined democratic governance.

The controlling dominance levels of the WASP (White-Anglo-Saxon-Protestant) communities are maintained through the use of gerrymander local civic elections using at-large votes (no districts) along with ‘Jim-Crow ordinances’ and Photo I.D.’s. It is each state of the Union (e.g., CA) which establishes and enforces its own ‘resident citizenship’ standards.

Currently, the City of Santa Clara’s seven (7) city council members are elected using ‘at-large’ elections. A law suit has been initiated by local residents to legally change to a future ‘city council district elections’. It is meeting resistance by a counter-offer of only two districts. It would be reasonable to have six or seven City Council Districts to enhance elected representation of all ethnic groups (Whites, Asian, African, and Mexican-Americans). Currently, this City Council does not fairly represent its diverse ethnic populations. Having no districts is a form of gerrymandering which ensures that only WASP community members become elected officials.

This 2018 Mid-Term Election has become very important because of the need to restore the ‘checks & balance’ authority and responsibility equilibrium established by the U.S. Constitution. The current Trump Administration has done much to curtail progressive public policy programs while currying favor with those whose focus is the reduction of monitoring, enforcement of established regulations which define and protect voters rights based upon citizenship (both ‘birthright’ and ‘naturalized’). In CA, this is done by the Secretary of State (Alex Padilla, an elected official).

With the ability provided by information technology’s social media (especially Facebook, Google and Twitter), it has become possible for special interest agents, both American as well as those of foreign powers (e.g., hacking by Putin’s Russia and China) to use activities designed to influence all traditional American election process’ already decentralized into 50 State jurisdictions.

In addition to the 50 states and a Federal District of Columbia, the United States has sovereignty over 14 territories. Five (American Samoa, Guam, the Northern Mariana Islands, Puerto Rico, and the U.S. Virgin Islands) have a permanent, nonmilitary population, of which only Puerto Rico’s citizens are also American Citizens when their residency is located anywhere in the 50 States of the Union.

Addressing ‘suffrage’ is appropriate here: SUFFRAGE is defined as “a vote given in deciding a controverted question or electing a person for an office or trust (Merriam- Webster Dictionary). Simply stated, ‘suffrage’ is your ‘yea’ or ‘nay’ vote made on a proposition (or measure) or when voting for or against a candidate during an election.

When voting, citizens agree to support the proposition (or measure) and ‘agrees to be governed’ by the decisions made by elected representatives. It is important that the ‘right to be governed’ is by the consent of each citizen who has access to factual, truthful and useful information, anything else is propaganda.

The U.S. Constitution’s 19th Amendment adopted August 18, 1920, prohibits the states and federal government from denying the right to vote to citizens on the basis of sex. Until the 1910s, most states did not give women the right to vote. This amendment was the culmination of American women’s suffrage movement which was fought at both state and national levels to achieve women’s right to vote.

The U.S. Constitution’s 15th Amendment, ratified February 3, 1870, prohibits federal and state governments from denying a citizen the right to vote based on that citizen’s “race, color, or previous condition of servitude”. It was the third (post-Civil War) Reconstruction Amendment.

The 1848 Treaty of Guadalupe Hidalgo relocated the U.S.-Mexican border to its present Rio Grande location. Several territories (Utah, New Mexico, Arizona, California, Nevada, Colorado, and Oklahoma) along with Texas were annexed by America as an outcome of its Manifest Destiny expansionist ideology.

ARTICLE IX of this treaty states that, “Mexicans who, in the territories aforesaid, shall not preserve the character of citizens of the Mexican Republic, conformably with what is stipulated in the preceding article, shall be incorporated into the Union of the United States and be admitted at the proper time (to be judged of by the Congress of the United States) to the enjoyment of all the rights of citizens of the United States, according to the principles of the Constitution; and in the meantime, shall be maintained and protected in the free enjoyment of their liberty and property, and secured in the free exercise of their religion without; restriction.”

These are the Mexican-Americans who call themselves “Chicanos” today (a term which includes all the Southwestern Native American tribes who were often not treated as “American Citizens” having all civil and property rights.

Alaska is the 49th state admitted into the U.S.A. The Alaska Statehood Act (Pub.L. 85–508, 72 Stat. 339 enacted July 7, 1958) when signed by President Dwight D. Eisenhower. Alaska then became the 49th U.S. state on January 3, 1959. Its journey towards ‘statehood’ included Russian explorers (fur traders), a gold rush into the Yukon Territory, and having a strategic military role during WW II.

Its history includes development of commerce involving fishing, forestry products, mining rights, railroads, etc. by J.P. Morgan and Marvin Guggenheim. Corporate interests today, as in the past, want to develop and exploit the natural resources located in Alaska. Their native tribes must be included as U.S. citizens having all voting rights and privileges pertaining thereto. (Source: Alaskan Statehood Act. Do google this fascinating item).

This very brief summary of America’s national formation to highlight that America is already a great nation which is still a work in progress and which permits diverse people having different languages and cultures to live together in peace while agreeing to abide by a self-determined democratic governance ideology. The citizens of all those 50 state jurisdictions have the right to vote!

Do not permit Trump’s antics to divert you from what has to be done. Your choices are communicated by your individual vote made in your own best interests on Tuesday, November 6, 2018. So plan to vote to sustain America’s Democracy.

Study Shows Need to Talk to Aging Drivers About Safety