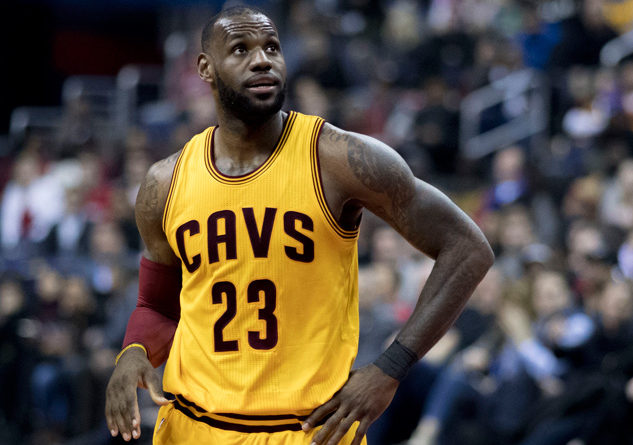 Dear Mr. Donald J. Trump: When I read the caption “TRUMP BASHES LeBron James Before Ohio Rally” (SF Chronicle, Sunday, August 8, 2018, page A11), I decided to tell you the following:

You were not speaking to the American People as their “President”, but as a highly insecure individual who has never fairly won the Electoral College vote which placed you in the White House’s Oval Office. You did not get elected without the assistance of a long-standing historical adversary of These United States of America. Despite your personal propensity to project ‘a tough guy’ image, your personal pronouncements are based upon your personal need to always be the “King of the Mountain”.

Mr. Trump…You need to be told the following: “When anyone, especially persons of color, needs your white supremacist opinion, we will ask you for it.” Why do you need the accolades provided over and over again by your supporters at rallies? They respond to your ability to bring out their most uncivil behavior which marks you as being a misogynist (one who abuses women) and a racist (one who believes that the Anglo-Saxon race has been ordained to be the leader of all the rest of humanity)…especially persons of color whom you deal with comfortably only from the position of privilege and wealth provided to you at birth by your family.

Many American citizens by birthright (who are not naturalized citizens and whose parents were former immigrants) are willing to endure your presidency for one term or maybe even less, because they are engaged with their family in support of their community and this American nation’s democratic ideals. It was these ideals which you pledged to support, uphold and defend, so help you GOD, when you were sworn in as the elected leader of this Democracy and ‘The Free World’.

Frankly, I know of no one who holds you in high regard as a role model because of your propensity to bring everything down to your low road approach to the challenges of our diverse society, its economy, and its governance. You do not understand what Jesus Christ meant when he said, “He who wants to be your leader must first become the servant of all.” (St. Mark’s Gospel; King James Bible).

If you are the gifted genius you proclaim you already are, when will you begin to share your insights and plans about the desired future state of our society, its commerce, and its governance? Again, the Bible states: “Without visionary leaders, the people perish.” When will you clearly communicate your vision so that ‘We, The People’ know it, understand it, and decide to support it?

What ‘We, The People’ have noted is that you curry favor with those who are already very well off. You seem to admire those few individuals who are strong autocratic leaders. History relates many oligarchs who failed simply because they did not enable their constituents to do more than just survive. Upward mobility measured by wealth, social station or technical ability is an essential to all individuals because all need to be recognized, appreciated and thanked by those who benefited from the services or goods produced and made available.

Mr. Trump…you need to understand that education, defined as the facilitated access to factual, truthful and useful information (collectively known as ‘science’) is an essential for each of us who decides to become capable.

LeBron James’s personal journey began in a disadvantaged community which is still marginalized by the bias, bigotry, and prejudice still extant today. The Civil War (1865) was a conflict costing this nation some 600,000 casualties. The North won this struggle to “free the slaves”, however, the beliefs and practices of many white supremacists such as you, still do not accept persons of color as worthy of having equal citizenship rights and access to needed information acquired by attending public schools or having access to archives of information accessible at public libraries.

LeBron James is a gifted individual whose superb athleticism permitted him to earn recognition and wealth as a highly skilled basketball professional athlete who entertains fans. LeBron James merits recognition and appreciation for deciding to share his wealth in his community. By underwriting a school named “I Promise” which is located in his hometown of Akron, Ohio, he has ‘given back’ to his community. He is following the role model examples of Magic Johnson and Michael Jordan, two African-American professional basketball athletes who have successfully invested in their communities.

LeBron James has decided to share his wealth to mitigate those forces which keep certain folks ‘in their place’. What LeBron James is doing is called ‘human capital formation’ by economists. Those youth who take advantage of his hands-up approach will be enabled to leave that marginalized community and its culture.

What LeBron James has initiated will provide him with a sense of accomplishment and satisfaction when he sees the future successes and advancements of those youth who took advantage of the opportunity underwritten by his wealth and supportive caring.

LeBron James has lived up to those Christian ideals of ‘Concerned Love and Charity’, for which he has, as a Good Samaritan, earned and will receive much appreciation and gratitude (i.e., ‘good vibes’). He cared about the disadvantaged; when will you begin to deal with challenges faced by America’s low-income working class?