IT IS TIME TO VOTE: YOUR VOTE IS YOUR VOICE (AND MORE) 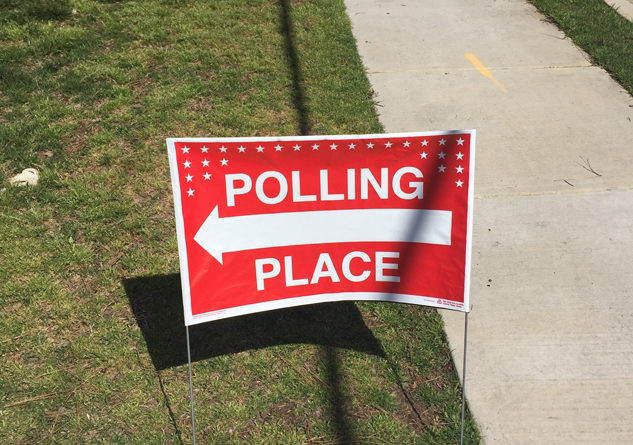 Vote by mail ballots are already at your address with pre-paid postage. The California statewide direct primary election is scheduled for Tuesday, June 5, 2018. The choices you make in privacy are all that is required of you: So, it is time to vote.

What follows is my recommendations; do make it a point to vote your own opinion:

For Governor: From the pool of 27 candidates, choose between the two most qualified, which in my opinion are Gavin Newsom and Antonio Villaraigosa. Both Are Qualified, and Each Has Pertinent Experience.

Lt. Governor: From the pool of 11 candidates, vote for Jeff Bleich, an attorney and educator. Keep in mind that the Lt. Governor serves on the UC Board of Regents.

Secretary of State: From the pool of 8, vote for incumbent Alex Padilla who has been performing very well.

Controller: Vote for Betty T. Yee, the Incumbent Who Has Done the Job Well.

Treasurer: Vote for Fiona Ma, Who Has an Extensive Record of Public Service.

Attorney General: Vote for Javier Becerra, the incumbent who has effectively resisted Trump Administration on behalf of ‘We, the People. He has served the public’s interest well.

US Senator: From the pool of 32 candidates, vote for Kevin de León, former President Pro Tem, CA Senate whose life journey began in a low income marginalized community; It’s time to have an elected official who was experienced those issues of affordable housing, education, training and jobs faced by the working class.

Judge of Superior Court, No. 4: Vote for Vincent J. Chiarello

If Recall Is Successful: Vote for Your Choice of Angela F. Storey, Esq. or Cindy Feeley Hendrickson, Esq.

City of Milpitas – for Mayor: Vote for Bob Nunez.

Proposition 68: Vote no (Too many objectives; who will be responsible & accountable?)

Proposition 69: Vote yes (Use of revenues only for transportation purposes)

Proposition 70: Vote no (Does not retain present air pollution standards)

If our community is to be governed by “We, The People”, then each citizen is obliged to register to vote, learn about the public policy issues, and then decide to vote using your personal values and experiences to make your voting choices. If you do that much, then your local, state, and federal government are influenced by your votes, your values and your insights & knowledge.

Our modern society is a reflection of government policy and voter supported programs which undertake many issues which are not easily done by one person. A collective action w deals with the community’s safety and security (police), education, health care systems (clinics, hospital, public health sanitation; food & drug administration standards), transportation, regulation of financial institutions, Justice systems (courts, jails, prisons, behavioral modification programs, etc.), postal services, etc. There are many ‘government services’ which we take for granted, however these services do take care of things on behalf of the entire community and society. Your taxes end up supporting these activities.

Too many ordinary citizens quite often forget that these services are necessary to enable each of us to enjoy a reasonable standard of living which could not be achieved otherwise. By voting, you become a constituent of the elected official you supported with your vote. That relationship enables you to do those things which lead to holding elected officials accountable and responsible.

Government officials who are subjected to ‘checks and balances’ know that they will not be re-elected if they do not perform in a manner that reflects your personal values, honesty, integrity, and purposes. Today, we are all interdependent in many ways. Many of these activities require monitoring and regulations.

The traditional role of community publications, such as EO, is to keep the community being served well informed. A community responsibility is that of supporting its local news publication. This is what EO is doing when essential information is collected, verified, and then distributed to the general public being served. “Community newspapers” such as EO, are the ‘4th estate of governance’ and are protected by the First Amendment, U.S. Constitution back in 1776 by America’s Founding Fathers.

EO merits your support and I recommend that those who are able to support EO, may do so by contributing $20 per person per year (IRS Tax deductible). When all our readers do that it will be possible to do more on their behalf because of the partnership relationship which is acknowledged when money is provided which underwrites the investigative reporting necessary.

Democracy is supported by persons who are citizens; who vote; and who support their local newspaper which reflects your values and interests…and helps you achieve success by providing reliable, factual and truthful information. Think about that, O.K.? Especially when it is time to vote which reflects your interest in continuing to be a resident in a ‘free, independent, secure community’ where you are respected and counted. These intangible ‘good things in life’ are not free…their existence has been paid for with the blood, sweat, and tears of our antecedents. And when you do your part today, you help establish the power and authority of ‘We, The People’. It is time to vote!

Traveling Through the Mythic Big Sur