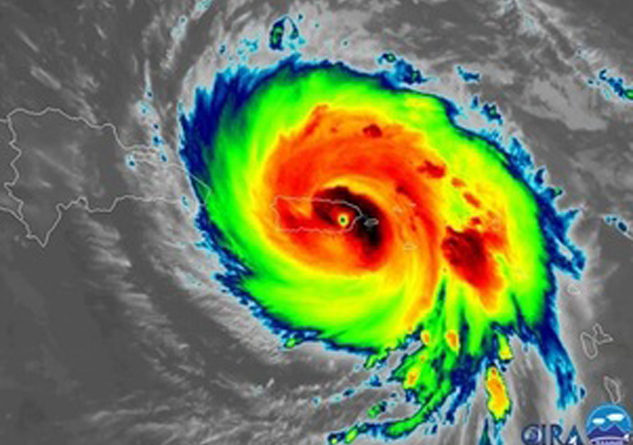 It's taken seven months since Hurricane Maria to return electricity to 95 percent of Puerto Rico. Photo Credit: NOAA/Youtube
by ElObservador 04/20/2018

WASHINGTON — Seven months after Hurricane Maria, 95 percent of Puerto Rico finally has power again. But a new report shows little is being done to make the island’s electrical grid reliable and sustainable.

The island’s conservative governor is backing a plan to sell off PREPA. But Kunkel said that won’t help.

“So, you privatize it – what are you going to replace it with? You’re just going to have private owners then owning these very expensive, oil-fired plants, and have no regulatory oversight,” Kunkel said. “Why is that going to result in a better deal for ratepayers?”

Supporters of the sale argue for-profit companies would run the power system more efficiently. But Kunkel pointed out the privatization plan includes getting rid of the Puerto Rico Energy Commission, founded in 2014 to reduce PREPA’s deep-rooted corruption and mismanagement.

Kunkel said the story since the hurricane hasn’t been promising. A huge rebuilding contract awarded to Whitefish Energy – a Montana company with only two employees – suggests that without better oversight, PREPA is unlikely to be more efficient.

That contract was withdrawn. But Kunkel said the energy commission is one of the few bodies looking out for consumers or the environment.

“The current privatization bill is terrible,” Kunkel said. “The legislature should reject that, first of all. And if the energy commission is actually empowered to its job, that would be a big step in the right direction.”

The progress rebuilding the grid has been slow and fragile – Kunkel said one fallen tree last week put 900,000 residents back in the dark. She added that on a tropical island regularly hit by hurricanes, a decentralized energy system that uses cheap, renewable power would make sense.

“The energy commission is trying to release regulations for micro-grids,” she said. “PREPA will give lip service to renewable energy, but it’s capital investment priorities are always to build more natural gas.”

Kunkel said she sees more gas-fired power plants as a wasteful investment for an island where the population has fallen sharply since the storm. She noted there has been some growth in solar development on Puerto Rico, but that is in spite of – not because of – government policy.