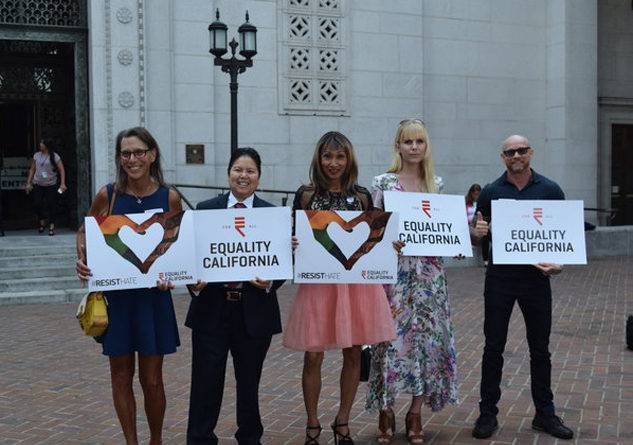 SACRAMENTO, Calif. – Hundreds of leaders in the LGBTQ community are gathering for a conference in Los Angeles this Friday – to continue the fight against discriminatory policies coming from the Trump administration and improve state laws on equality.

The fourth annual conference put on by Equality California Institute will promote a new bill to declare conversion therapy for adults a form of consumer fraud.

Samuel Garrett-Pate, communications director for Equality California, notes that therapy to attempt to change a person’s sexual orientation already is illegal for anyone younger than 18 in the Golden State, and is considered by many experts to be outright abusive.

“It is harmful, it causes incredible psychological abuse on the people that those practices are used against, and there’s no place for that here in the state of California,” he says.

The conference will push for funding to train teachers on how to support LGBTQ youths. The group also will celebrate California’s move to protect people from losing their health insurance after the GOP Congress slashed funding for Medicaid.

Lt. Gov. Gavin Newsom will speak at the event, which is free and open to the public.

Garrett-Pate says the community will be closely watching the Trump administration’s recent executive order banning most transgender people from serving in the military – a move that has been blocked in the courts so far, thanks to a lawsuit brought in part by Equality California.

“There’s no reason that we should be excluding anyone who is willing to serve their country from doing so, and everyone ought to be held to the exact same standards, and anyone who can meet those standards should be able to serve in uniform,” he explains.

Trump has said that having transgender people in the military would reduce military effectiveness and lethality and has complained about the government footing the cost of gender-reassignment surgery.