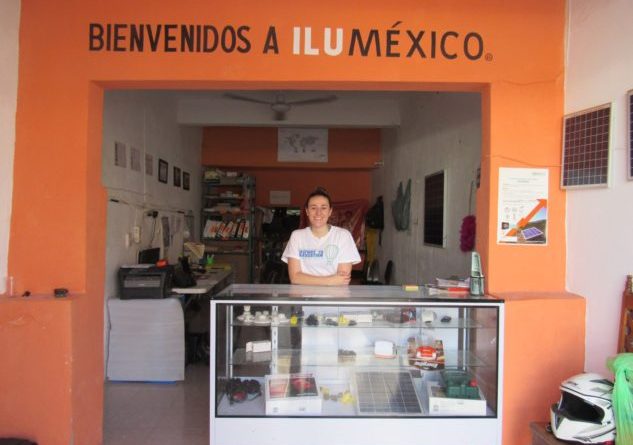 Isabel Miranda just graduated from Santa Clara University and at her short age, she has already made a difference in people’s lives by helping them have access to the most basic utility, electricity.

Miranda, along with another SCU student traveled to Chilan-Balan, a small village in Campeche, Mexico to help install solar lights with social enterprise Iluméxico.

“It was very exciting seeing little kids who got light bulbs in their house, I remember this lady who lived 70 years without light and suddenly we installed the light bulb and that was going to change her world somehow,” says Miranda.

Miranda was born in Mexico City but moved to California when she was 5-years-old, her dad is a professor and him getting a teaching position in California brought them to Silicon Valley. However, even though she has been going back to Mexico every year, she was interested in going back the last time with a different perspective.

“I was interested in the fellowship just because I was born in Mexico so I wanted sort of an opportunity to go back,” Miranda said. “It wasn’t about someone here creating an idea and just placing it in a foreign country, the entire company of Iluméxico is all Mexicans, all super young, so I liked that, people have great ideas and it was just about helping achieve those great ideas.”

Miranda and her research partner were able to be part of Iluméxico through the Global Social Benefit Fellowship, a program at SCU’s Miller Center for Social Entrepreneurship. Which is a nine-month research program where Miranda and her partner conducted interviews for their research about Iluméxico’s customer satisfaction and comparison to the government electricity program.

“I was paired with social enterprise Iluméxico and their mission is to bring solar energy to off-grid rural communities throughout the country,” Miranda said.

Iluméxico works with communities that still don’t have access to electricity due to their location as the electrical lines from the government don’t reach, said Miranda who took one class to prepare before traveling to Mexico to conduct her research. However, her experience working with Iluméxico went beyond the intended one of helping bring light to Chilan-balan.

“It was a very humbling experience and also sort of very shocking just because where we would stay overnight there was light obviously but it was a still very rural place and you would drive for four hours and get to this tiny little huts of one bedroom for families of like five people,” Miranda said. “They’re very welcoming people and that was just very humbling, how someone who does not have a lot to offer is here offering me their home.”

Chilan-Balan is one of the many rural towns in Mexico that still don’t count with basic utilities such as electricity, some small villages still rely on burning diesel. However, Miranda’s contribution with Iluméxico was “also very impactful in terms of appreciating the opportunities that I had growing up here and being able to give back with the opportunities and education that I received,” Miranda said.

Miranda will continue her education at San Francisco University where she will be pursuing her Master’s degree, however, she hopes to do more social work in the future to help underdeveloped communities, like Chilan-Balan.