Staunch Supporter of Failed Drug War - to be Attorney General 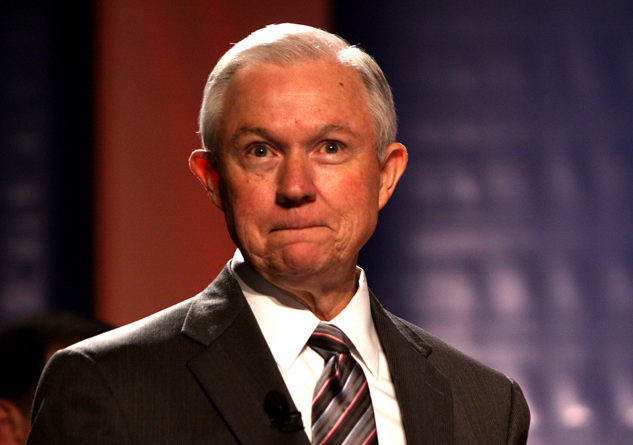 Senator Jeff Sessions (R-AL) has been selected by Donald Trump to be the next Attorney General.

“Jeff Sessions is a drug war dinosaur, which is the last thing the nation needs now,” said Ethan Nadelmann. “Those who counted on Donald Trump’s reassurance that marijuana reforms ‘should be a state issue’ will be sorely disappointed. And not just Democrats but the many Republicans as well who favor rolling back the war on drugs had better resist this nomination.”

Sessions, who once said that the Ku Klux Klan was, “OK, until he learned that they smoked marijuana,” has a track record of opposition to marijuana reform. Earlier this year, Sessions spoke out against marijuana legalization in a Senate hearing, and urged the government to send the message to the public that “good people don’t smoke marijuana.” He has also said in a separate hearing that marijuana cannot be safer than alcohol because, “Lady Gaga says she’s addicted to it and it is not harmless.” He is likely to use his power as Attorney General to close down state-legal marijuana and medical marijuana programs.

“Donald Trump’s decision heralds a return to the worst days of the drug war,” said Bill Piper, Senior Director of Drug Policy Alliance’s Office of National Affairs. “Trump promised to ‘drain the swamp’ but he’s gone to the very bottom of the drug war barrel for this pick.”

Sessions has to be confirmed by a majority of the Senate Judiciary Committee – on which he currently sits – as well as on the Senate floor. In 1986 Sessions served as U.S. Attorney for the Southern District of Alabama and was nominated to be a federal judge by President Ronald Reagan – an even less prominent position than Attorney General – and he was rejected by a Republican-controlled Senate Judiciary Committee for his racist views. He was only the second person in 50 years to be rejected, with the late Senator Ted Kennedy commenting that it was “inconceivable … that a person of this attitude is qualified to be a U.S. attorney, let alone a United States federal judge.”

The Drug Policy Alliance is mobilizing their members to fight back and oppose Senator Sessions for Attorney General.