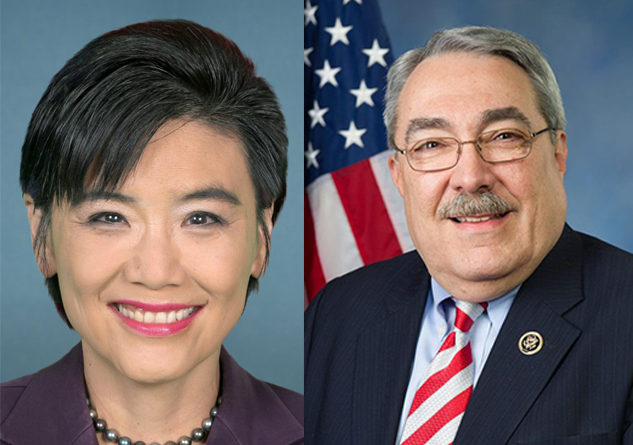 “The naming of Alabama Sen. Jeff Sessions as Attorney General-Designate is troubling to all who believe in the rule of law,” said CHC Chairwoman Linda Sanchez. “Our nation’s core value has been ‘equal justice under the law’, since the end of the Jim Crow era. The Republican controlled United States Senate has the responsibility to do the same due diligence as it did in 1986 when it uncovered blatantly racist comments made by Sen. Sessions when he was a judicial nominee. If the same measure of decency is applied, I am confident that Sen. Sessions will remain in the United States Senate.”

“The Congressional Black Caucus is deeply concerned over President-elect Trump’s selection of Alabama junior Senator Jeff Sessions as Attorney General and his confirmation would be a travesty to equality and race relations in America,” said CBC Chairman G. K. Butterfield. “Senator Sessions has been denied a nomination by members of the U.S. Senate once before over concerns about his treatment of African Americans, and the CBC is ready to fight his confirmation once again in the interest of protecting civil rights for the most vulnerable individuals and communities among us.”

“As Chair of the Congressional Asian Pacific American Caucus, I am alarmed by President-elect Trump’s choice of Alabama Senator Jeff Sessions to be our next Attorney General,” said CAPAC Chairwoman Judy Chu. “As the chief law enforcement officer of the United States, the Attorney General plays a critical role in overseeing our criminal justice system and protecting the civil rights of all Americans. Yet Senator Sessions has a troubling record of opposing everything from even legal immigration reform to undermining efforts to protect voting rights. President-Elect Trump promised unity, but his nominations so far tell a very different story, one of xenophobia and division. Senator Sessions’ racist, divisive rhetoric is not a suitable fit for this position, and CAPAC urges President-elect Trump to reconsider this nomination.”