After a tumultuous week in this country’s race relations, the internet showcased the pain and reality of our division 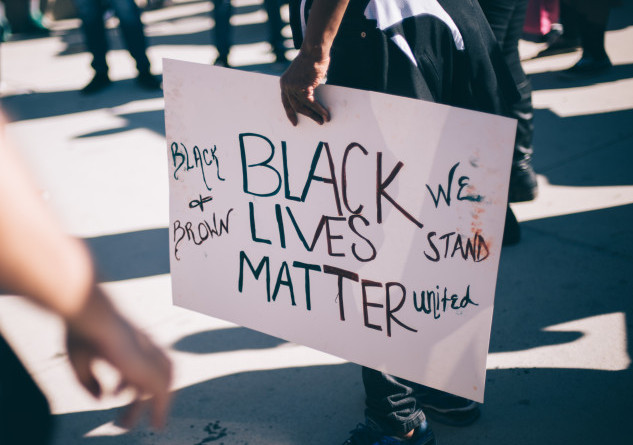 If Martin Luther King Jr. had access to the tech we have now, how would he use it as a tool to help Civil Rights Movement? How about going back to the 1930’s and the rise of Adolf Hitler?

Technology has allowed us to travel the universe and connect to people and groups with devices that fit in the palm of our hands. It has also taught us the ugliness of the world and helped like-minded individuals, both those with positive intentions and those in pursuit of ostracizing or dividing, to unite and become echo-chambers of their beliefs.

On July 7th, 2016 Dallas Micah Johnson, a U.S. Military veteran, ended a peaceful anti-violence protest with a sniper rifle. The attack left 5 police officers dead and civilians wounded. This came a mere 2 days after Alton Sterling was killed by police in Baton Rouge Louisiana, and just a day after Philando Castile was killed in Falcon Heights, Minnesota. These previous events were the boiling point to the commencement of the marches and protests, and ultimately the straw to Johnson’s violent actions.

All these events and their aftermath were streamed through social media. Apps like Twitter’s Periscope, and Facebook Live, where live streaming videos can be shared with anyone, were used to capture the reactions of the people at these disturbing events.

In years past there has been viral videos of violence whose frames have have been etched into people’s memories.

From the grainy video footage of President John F. Kennedy’s assassination, (which just happened to be a few hundred yards from the Dallas shooting), to the Columbine High School security camera footage which showed Dylan Klebold and Eric Harris shooting classmates and again when we the world watched the almost slow motion collapse of the World Trade Center. Those videos became the focus of media at the time, and were easy to find in some way or form through the internet after that.

Now though, the internet, in all its wonder and possibilities, allows us to see good and bad in real time, more often through our vertical device screens as well as on desktop’s.

The advent of specific mobile applications like Skype, Periscope,Instagram and Snapchat, it goes on and on. All of these apps offer the ability to post either videos and photos immediately. In the case of live streaming, Facebook Live and Periscope offered the first hand accounts of last week’s brutal scenes of violence in America.

In what is being called the first live stream of the direct aftermath of a police shooting in this country’s history, Diamond Reynolds, Philando Castile’s fiancée, live streamed on Facebook Live the moments after a traffic stop and shooting by police took place. It was gruesome and unrelenting, but real and as it happened. The events surrounding what occurred before and after the stream is under investigation but to the thousands of people watching, a black man was dying in front of them after what was meant to be a broken taillight warning. It was the only thing they could react to.

The graphic video begins with Diamond’s shocked face in full view of the camera, as she is hunched to one side of the car while saying “stay with me, we got pulled over for a busted taillight.” The screen moves over to a dying Philando, blood stained across the right side of his torso.

The officer, whose arms we see while holding his service weapon towards the passenger side of the car, frantically screams “F*@k! I told him not to reach for it!”. Emotions run high for the two, while Philando’s shallow breathing can be heard in the background as he slouches over to one side. The original video has 5.7 million views.

Just the day before another smartphone captured and uploaded a video of Alton Sterling being pinned down and shot after it is revealed he might have been reaching for a gun. In this case people after the video was uploaded could relive those troubling final moments as well.

In Dallas, after a rally was broken up by gunfire from Dallas Police and Micah Johnson, multiple live streams could be followed of what was happening live through Twitter’s Periscope video streaming app. One streamer was high above the chaos in an apartment building overlooking the intersection where the shooter and police were playing cat and mouse. When the bomb that killed Johnson went off, the streamer exclaimed something akin to, “a bomb or something just went off”. All the while thousands of people could access this, becoming part of this tragedy.

The tools of social media have allowed us to become more interconnected, but at the same time we become live witnesses to events which in the past we’d have to be there physically or watch through television or radio updates. As the way we consume our news continues to blur with everyday people with the ultimate tool to communicate in their purses or pockets, we can only hope it opens our collective eyes to what we should do to stop these events from happening whether it includes federal support or simply a broader understanding of our fellow human beings.

CA Will No Longer Target Estates of Many Medi-Cal Recipients