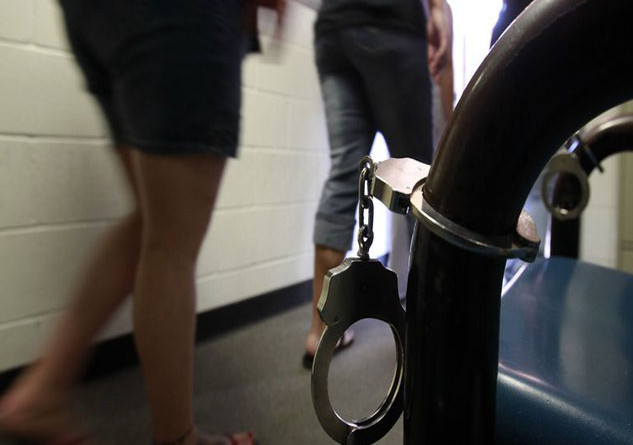 A new report says five percent of California’s children have a parent who is incarcerated during at least some of their youth. (markrhiggins/iStockphoto)
by ElObservador 04/29/2016

SAN FRANCISCO – Five percent of children in the Golden State have a parent who is or has been incarcerated, that’s more than a half-million kids, according to a new report.

Researchers from the Annie E. Casey Foundation found that nationally, more than 5 million children have been separated from a parent by incarceration, and it has profound effects on the family’s finances and the kids’ well-being.

Harriette Davis, with the nonprofit Legal Services for Prisoners with Children, says the problem really exploded in the 1980s with the war on drugs.

“If you take enough people out of a community, when you have a systematic way of taking families and tearing them apart, children are impacted and it becomes inter-generational,” says Davis.

Scot Spencer, associate director for advocacy and influence for the Casey Foundation, says courts should prioritize the children’s needs, by using alternatives to incarceration when possible, and by placing incarcerated parents in the facility closest to their family.

“Location can matter in how a child can actually have access to their parent while that parent is incarcerated,” Spencer says. “Providing other ways for kids to connect with their families using technology, such as video conferencing.”

The report also encourages states to provide counseling and financial assistance for kids while their parent is away, and to do more to help parents find jobs and housing upon release.

LETTERS TO THE PUBLISHER