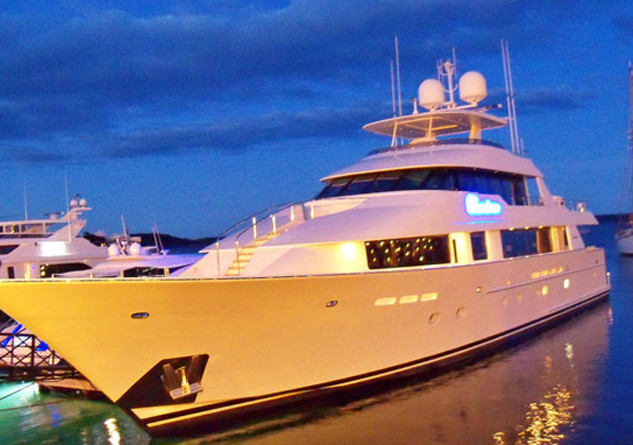 An Associated Press (AP) news group, which worked with the International Consortium of Investigative Journalism (ICIJ). Washington.  D.C., just exposed ‘offshore accounts’. Its report was published by the BROWNSVILLE HERALD (TEXAS), Sunday edition, April 3, 2016. This report was first  filed in Frankfort, Germany by the AP. Allegedly, some 11.5 million documents. called “THE PANAMA PAPERS” were leaked by the Mossack Fonseca Law Firm who first leaked 11.5 million documents to the Sueddeutsche Zeitung Newspaper, Munich. Germany.

“In (these) reports that began Sunday, (April 3, 2016),  they said the document dump that they dubbed “The Panama Papers” (reveal) hidden offshore assets of politicians, businesses and celebrities, including 12 current or former heads of state.”

This hugh trove of documented information has been analyzed by ICIJ personnel who extracted the data on ‘offshore accounts’.  This Brownsville Herald article is entitled “Data Trove Offers a Glimpse of How The Rich Hide Their Money.” \

EO’s readers are encouraged to read the original report by going to: <http://www.brownsvilleherald.com/news/business/article_030c15e4-6d08-5471-9fc3-0cedbda3db97.html> The news about this leaked information has gone viral because it provides evidence of the financial industry which enables the conduct of many types of financial transactions, especially the establishment of clandestine ‘shell companies’ and their accounts. “The (Mossack Fonseca) law firm said in a statement it observed all laws and international standards covering corporate registrations. By themselves, shell companies aren’t illegal. Countries have tightened rules on using (shell companies). but not enough to satisfy anti-corruption activists.”

If no wrong-doing is involved, why is it necessary to conceal the ownership and sources of these large sums of money? Is it possible that these accounts are the sources of monies which fund terrorists and special interest lobbyists?

One thing is certain: Many disadvantaged low income residents of the global community, including Silicon Valley, have lost homes, jobs, pensions, and opportunity to thrive (not just survive).

These are voiceless victims as a consequence of these financial practices conducted by those who value money ‘in their accounts’ more than honesty, integrity, and responsible community stewardship. The taxes due, but not collected,  could have been used to underwrite projects in education, public health care, civic services and repair or upgrade of infrastructures. The fact that they are ‘so secretive’ implies that someone else (person or jurisdiction) paid a social cost which would be very difficult to quantify, but was a burden borne by the low income working poor, fixed-income retired elderly, disabled, and unemployed. When folks fully realize what was done by these perpetrators who effectively removed large amounts of money from the global economy. They will be very angry. . Iceland’s Prime Minister was forced to resign and is being replaced as an outcome of a petition signed by thousands of Icelanders. Perpetrators must end up in jail which is too mild a punishment for all the human travail caused. These perpetrators were certainly not “their brothers/sisters keeper.”

The “Leaders of the Group of 20”, (who) represent about 80 percent of the global economy, have vowed to crack down on these practices, which are blamed for helping conceal money laundering, corruption and tax evasion.”

These ‘offshore account practices’ do more harm than good. In a National Public Radio news clip, President Obama commented that these ‘offshore accounts’ are an appropriate matter for the current U.S. Congress to address by dealing with needed comprehensive tax reform. Just close all the ‘corporate welfare’ loopholes currently extant. American citizens must know and understand that only the U.S. Congress exercises the ‘power of the purse’. It has the responsibility to enact needed comprehensive IRS tax reforms which are currently very flawed.

All citizens, especially those Latinos who have not ever voted, must express their collective anger and disappointment with the inaction of the current U.S. Congressional leadership. An effective way to do that is for citizens to register to vote, and vote to replace those elected officials whose votes permit corporate welfare continued existence. The outcome is that a greater burden is borne by the rest of us ‘who obey the laws of this land’.

The hope is that this exposure of off-shore banking practices will force the U.S. Congress to begin doing its job which is to enact legislation which underwrites the greatest good for the greatest number. This time we must insist that any unlawful perpetrator must pay in person by being sentenced to prison.

What is now very evident is that our ‘do-nothing U.S. Congress’ is very complicit in what has already transpired. And its redemption lies in doing the right thing about ‘offshore accounts’ NOW NOT LATER.

The entire financial industry in America as well as globally, must accept effective monitoring to ensure that financial service systems are not subject to gaming and exploitation by a few unethical and immoral corrupt individuals.

Now Latinos, who just recalled what Cesar E. Chavez accomplished by the successful unionization of the campesinos (farmworkers), now needs to display their concerns about these ‘offshore accounts’ which remove money from the economy resulting in a social burden borne by all of us who abide by the law. Is it too much to ask those who have ‘offshore accounts’ to do the same? It is time for the U.S. Congress to do its legislative job NOW NOT LATER!