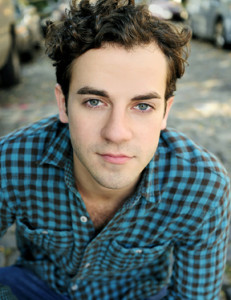 “Wizard of Oz” Comes to Broadway San Jose, bringing new spectacle and nostalgia
Arturo Hilario / El Observador
Dorothy has left Kansas for San Jose.
Broadway San Jose will host “The Wizard of Oz”, which will bring about a energetic and live interpretation of the beloved MGM fantasy adventure film from 1939 starting Friday. This new production contains the songs from the Oscar-winning movie score, as well as the characters and iconic moments portrayed in the film. New songs from Tim Rice and Andrew Lloyd Webber add a unique touch to this version, which has been entertaining audiences since its premiere run in 2011.
Performer Diego Diaz will be in San Jose with the spectacle that is “The Wizard of Oz” production, which is scheduled from Friday until February 4th. He’s responsible for a few of the roles in the musical and his enthusiasm for the work is immediately noticeable.
“It’s great, it’s fantastic. I think one of the most interesting things about our profession is we get to be so many different kinds of people. I do shows like Tarzan, where I’m a monkey, and we have to do these crazy dances and then I’ll do these shows like Rent, where it’s just singing and it’s kind of a little more grungy. Then on the other side of the singing spectrum I did shows like Titanic which is very beautiful and broad music. I also play the violin so I also do shows like “Ring of Fire” which is the music of Johnny Cash. So I think it’s been really exciting to be able to do different kinds of shows like that.”
Diaz’s family moved from Venezuela to the US for his father’s schooling, and after he and his sister were born in the US they moved back to Venezuela and lived in the cities of Caracas and Punto Fijo.
After moving once more to the US they settled in Houston in 1995. From then on Diaz began to play the violin and do choir, which eventually led him into doing theater. “When my high school did its first musical, ‘The Little Shop of Horrors’, that’s when I knew that musical theater was what I was looking for.”
When the prospect of post high school education entered the equation, Diaz says a schoolmate helped propel his decision to head to New York. “I was looking at a few schools in Texas, one of my friends who was a year older than me went to a Conservatory of New York called the American Musical and Dramatic Academy. I auditioned for them in Houston. I was very nervous, but once I was accepted there I kind of stopped looking and decided I’m going straight to New York, where it all happens.”
After the conservatory Diaz taught violin all while auditioning and working. “My first paying gig was a touring production of “The Barber of Seville”, and that’s where my Spanish came in. It was a bilingual production of “El Barbero de Sevilla”. There I was a performer and a Stage Manager and it was an educational tour. For two months me and seven other people would be in our tiny little van and we would go to schools and set up our sets and 7am and have maybe an 8am show. Then we would drive to another town. That was my first professional paying gig out of school.”
Now moving forward a few years, Diaz is excited for all who come to see the performance of Oz. “This production is so fantastic because it’s very much like the film. People that know the film will be very, very excited to see and hear the similar music and similar lines in the show. The show itself has a lot of great songs, 3 or 4 new songs by Andrew Lloyd Webber and Tim Rice, and they’re really beautiful and they move the story along really well. You just feel like it’s something in the movie that they added music to.”
Diaz plays a few of the ensemble characters within this show, including the Vicar of Munchkin land, a citizen of Oz, one of the infamous bell boys, and a Winkie, “which is under the control of the Wicked Witch of the West,” says Diaz.
To prepare for such roles Diaz says it’s all about getting into character, as well as a little warm up.
“Our ensemble all warms up together, an hour before the show. So we do a pretty intense dance to warm up our bodies and our legs, and then I like to make sure I warm up my voice, doing a vocal warm up. Most of my preparation comes when I put on my costume. And for me, as a munchkin, I have to wear this blue mustache and blue sideburns and a blue wig with these really cool curls and a great hat. So in putting that on I feel like I become a munchkin in it. And it all comes out once I step on stage.”
“Wizard of Oz” will bring its many award winning costumes and sets when it comes to San Jose this week. Diaz says that fans of the film and the lore will be delighted at the interpretation of the Oz world, especially on a live stage. “I think that’s the beauty of theater, live theater. When you see the movie you see a product that has been alive forever and it doesn’t change. On a stage it’s these people, we are all real people up there. We’re having real experiences. I think people who like the movie will be very impressed with how we tell the story on stage.”
The yellow brick road of “The Wizard of Oz” comes to Center for the Performing Arts Friday January 29th through February 4th. Info at broadwaysanjose.com.